Can banks keep up with the Fintech revolution?

Just as the music, entertainment and retail industries are being fundamentally altered by the impact of new and innovative technologies, the major incumbents of the financial services industry (primarily big banks) have been significantly affected by the disruptive influence of the FinTech revolution. While still feeling the effects caused by the global financial crisis of 2007-08 including huge reputational losses, traditional high street banks are under mounting pressure as their customers become increasingly aware of alternative avenues of securing financial services while expecting a greater degree of reliability and personalization of service than ever before. 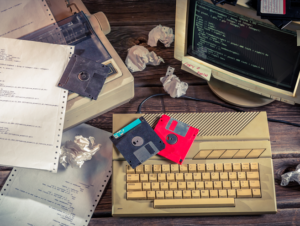 When it comes to choosing a financial services provider, reliability remains a principal concern for the average banking customer. This is where the market incumbents can proudly point to their long service records which are decades or even centuries long. However, while this legacy of reliability and credibility has traditionally served as an asset for big banks, the speed with which the current financial services industry is evolving means that in many instances it becomes part of the problem.

Large banking groups in both the UK and US benefit from an economy of scale but the daily support of their operations requires huge and often unwieldy ICT infrastructure. These aging systems represent a limiting legacy as they make the wholesale adoption of innovative technology problematic and in many cases prohibitively expensive. When a complete overhaul is unworkable, this has led to innumerable instances of poorly-conceived, piecemeal adoption policies which have ultimately resulted in a whole raft of compatibility issues, further complicating the wider problem.

As modern banking customers are used to being able to access their funds wherever and whenever they need to, IT outages and downtime are met with marked frustration and dissatisfaction. Not only does the bank’s relationship with their customer suffer, it can also lead to greater issues as regulatory bodies, such as the Financial Conduct Authority, are becoming much more stringent in punishing what they view as “unacceptable” computer failures. Fines for regulatory non-compliance in this regard can reach into the tens of millions; this puts a number of banks in a difficult position as they contemplate a hugely expensive overhaul of their aging IT infrastructure on one hand and a stiff FCA penalty on the other.

However, the greatest issue caused by legacy systems of this nature is not one of reliability, but of stifling innovation. Vast, wide-ranging systems which have undergone upgrades in patchwork fashion can represent a nightmare for banks that recognize the need for implementing innovative Fintech solutions but cannot easily incorporate it into their monolithic ICT infrastructure.

Searching for the solution 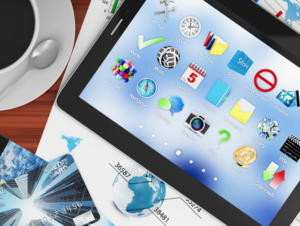 With so many troubling news headlines, it’s often easy for high street consumers to view big banks as uncaring, unresponsive and untrustworthy. The latest string of shady practises in recent years including libor scandals and the misselling of PPI has done much to create a “culture of distrust” to the point where a significant portion of the market are willing to consider moving their money away from big banks.

The results of the Millennial Disruption Index – a three-year study into the disruption of the financial services industry through the actions of the digital generation – provides illuminating insight into the current feelings of apathy and distrust exhibited by modern banking customers. 71% of over 10,000 respondents would rather go to the dentist than listen to what banks are saying. 53% didn’t think that their bank offered anything different than other banks. 33% believe that in five years they won’t need a bank at all and – perhaps most tellingly of all – 73% would be more excited about a new offering in financial services from the likes of Google, Amazon, Apple or PayPal than from their own nationwide bank.

This underlines not only the difficulty that big banks are experiencing in repairing relations with their customers, but also the opportunity available to Fintech companies who are ready and eager to offer their alternative services.

However, the banks are not blind to this state of affairs, quite the opposite in fact. Nothing more emphatically demonstrates their willingness to embrace innovation and affect significant change than the recent trend of banks setting up their own venture capital funds in order to invest in Fintech solutions. In 2014 Santander announced a US$100 million venture capital fund designed to provide seed money for FinTech startups globally. Similarly, HSBC has a $200 million fund earmarked for investment in technologies that will give it an edge in the future of FinTech.

Other banks such as Barclays are lending their investment capital to the communal incubators of Fintech centered around London and Silicon Valley, such as the Fintech Innovation Lab which is a mentoring program designed to allow the commercialization of new and innovative ideas regarding the improvement of financial services. The various banks’ investments represent a significant portion of the $3 billion raised by global private financial technology companies in 2013 and aptly demonstrate their awareness of how quickly the future of FinTech is changing.

This willing attitude to embrace change does not remove the thorny issue of the banks’ aging ICT legacy systems, however. Fortunately, the more flexible solutions of the latest FinTech companies do not require entire system overhauls in order to be effective, as many of the big banks have already discovered to their benefit.

Many of the best Fintech companies concentrate on providing a better solution or optimization of a particular segment of the financial value chain – international online payments or payments processing, for example – rather than tackling the entire chain from start to finish. Thanks to the flexibility afforded by the use of cloud computing and APIs (application programming interfaces) banks can combine and apply these optimized solutions in a manner that supports and enhances their ongoing operations without incurring vastly expensive infrastructure costs. This principle of “Financial Lego”, as described by our CEO, Mike Laven, encapsulates the benefits banks can secure through collaborating with Fintech companies as opposed to developing their own costly bespoke solutions or worse, ignoring the sea change that the industry is currently undergoing.

Can banks keep up? 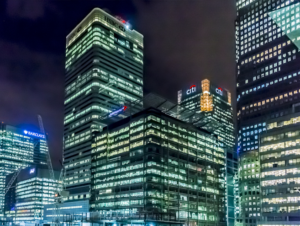 The traditional high street banks face severe difficulties in the form of wary and disaffected customers, large and unresponsive ICT systems and finally a growing set of commercial rivals who are more nimble and adaptive than they are. Despite these inherent difficulties, banks have already demonstrated their awareness of said problems as well as the will to resolve them while considering the future of Fintech.

Investment in incubating Fintech and more importantly the adoption of the collaborative API approach with established Fintech players has already seen major banks develop a series of elegant and responsive solutions to their recurring service issues. Capitalizing on the flexibility of this approach is perhaps the banks’ best chance to keep pace with the rapidly evolving financial services industry and refine their service offerings to appeal to the more discerning and sophisticated needs of the modern banking customer.