Future financial capitals on the rise

The effects of the global financial crisis of 2007-08 are still being felt and analyzed to this day and one of its major implications was the significant weakening of established powerhouses in traditional financial service hubs such as London and New York. Six years on and these two leading financial capitals have regained much of their lost value and returned to calmer, more stable trading conditions. New York remains the world’s leading finance capital, though its lead over London is minute (2 points on a scale of 1000 as measured by the 15th Global Financial Centers Index report) and the two powerhouses make up the world’s top four together with Hong Kong and Singapore.

However, while these two kings of international finance still hold on to their crowns, there’s no shortage of pretenders out there in the growing, rapidly evolving market who are hungry to gain position and influence wherever they can. London’s recent reputational losses over multiple issues such as Scottish independence uncertainty, regulatory creep and insider market conditions scandals have already resulted in the city losing position across the three intermediation pillars of banking financial services, non-banking financial services and financial markets.

In our ever-evolving and increasingly interconnected global economy, investors can switch between financial service providers and hubs with much greater ease and rapidity, meaning that the pace of change is set to quicken as the top contenders chase the incumbents more vigorously. Three years ago (in GFCI 9) the difference between first and tenth leading financial centers was 117 points – now the top ten centers are all within 75 points of each other. What follows is a brief overview of the various capitals which have the potential to realize their ambitions of securing themselves a leading place in the future financial services market.

Hong Kong remains the rising star of Asia’s many impressive financial capitals thanks to its special administrative status which allows the rest of the world access to China’s financial markets. However, thanks to the pilot project: Shanghai – Hong Kong Stock Connect, which links the two stock exchanges, Hong Kong is no longer the sole access point. Still, the opening of Chinese markets (albeit at a tentative pace) means that Hong Kong has the potential to attract levels of foreign investment previously unheard of, raising its profile as a GFC even further. 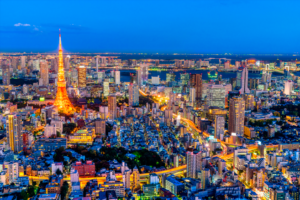 Despite slipping one place in the latest GFCI, Tokyo has still improved its rating across key differentiators such as reputation and financial sector development. While it is evident that Tokyo is currently being outpaced by the likes of Hong Kong and Singapore, the city still continues to shake off the numbing effects of “the lost decade” of the 1990s and the crippling government debt that it accrued. With innovative new practices and a willingness to adopt the latest fintech, improving everything from stock trading to global online payments, Tokyo should not be counted out by any stretch of the imagination.

Much like Luxembourg, Zurich has acquired an enviable reputation for consistent performance coupled with strict client confidentiality. However, its future status as a tax haven has been called into question as global finance regulators look to strip out secrecy laws to uncover grey and black listed practices and stamp out corruption and money laundering. 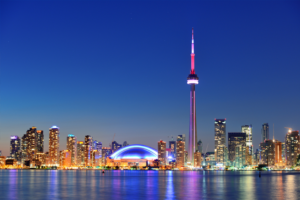 While traditionally more focused on Canada’s financial markets than international ones, Toronto’s global ambitions have been scaled up in recent years as the TMX Group has grown significantly to become the third largest stock exchange in North America with a much wider range of international listings.

With no major flaws or drawbacks other than comparatively more stringent taxation than many of its global competitors, Toronto continues to quietly build on its extremely sound foundations, slowly gaining ground across each financial services sector. The city could reasonably be expected to break into the Top Ten of the Global Financial Centres Index within the next five to ten years.

Busan is slated by the international financial services community to become increasingly significant as a finance centre. While it is currently dwarfed by its Asian rivals, even standing in Seoul’s shadow, Busan is poised to make significant strides in the coming years as it reaches out to multinationals and encourages them to settle there through attractive incentives and burgeoning investment in infrastructure. 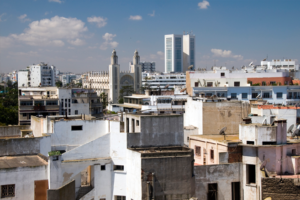 While it currently sits at 62 on the latest GFCI rankings, Casablanca was also rated most likely to become more significant as a financial centre in the next few years, gaining more mentions from financial services professionals than any other city. Four years on from its inception, the Casablanca Finance City Authority has managed to attract the investment of over 50 prominent companies such as BNP Paribas, AIG, Silk Invest and Boston Consulting Group. The rise of Cascablanca is indicative of wider regional growth as well as generally more fluid global financial market conditions.

As each of the world’s regions foster new and dynamically evolving financial centers, existing financial capitals cannot help but feel the pressure of increasing competition. While the current school of thought held by the majority of financial market analysts is that New York and London are unlikely to be displaced within the next five to ten years, that doesn’t mean that both capitals haven’t already taken note of the changing global conditions and are responding to them in turn.

London has already been subjected to intense regulatory scrutiny and reform in the wake of banking scandals, insider trading practices and the sale of PPI. While this has undoubtedly scared off many foreign investors looking for a more relaxed financial services hub, the enforced changes may stand London in good stead should global regulators such as the Organization for Economic Co-operation and Development (OECD) follow suit. As regulators call for greater transparency in banking exchange information, the likes of Zurich, Luxembourg and innumerable offshore tax havens could suffer issues with stability as they scramble to adjust. Ultimately, adopting a mentality of more openness and transparency could help the traditional leading financial capitals repair their reputation and keep their prominent position secure.

Similarly, the incumbents have been taken note of the greater levels of innovation exhibited by the ambitious pretenders. From fintech investment in Tokyo and Singapore to mass incentivizing in Busan and experimental stock exchange links in Hong Kong/Shanghai it has become increasingly apparent that to remain rigid is to stagnate. However, both New York and London are no slouches when it comes to encouraging innovation, as the likes of the Silicon Roundabout and Fintech Innovation Lab will attest. Displaying this willingness to adopt new, better and more efficient ways of delivering financial services demonstrates exactly why both cities will remain difficult to dislodge from their thrones as they exhibit the same competitive spirit as their fast-closing rivals.