Is cash becoming obsolete? How the way we pay has changed

2014 was a watershed in the finance industry as non-cash payments overtook hard currency for the first time in modern history. Here in the UK, cash was used in just 48% of all transactions, down from 52% in 2013. Consumer-only cash payments were slightly higher at 52%, expected to drop below the magic 50% mark some time next year.

The surge in cashless payments is reflected elsewhere globally, as China and India have begun to introduce more electronic and mobile payment alternatives. This region recorded growth of up to 27%, whilst global rates had non-cash payments increasing by 8.9% year on year in 2014. But these successes mask an important truth – 85% of consumer transactions are still conducted in cash. The death of cash has been predicted for nearly two decades, yet despite the emergence of credit and debit cards, transactions with smaller values have proven to be a consistent stumbling block to uptake. For many years, businesses have used the charge attached to a card transaction as grounds for refusing electronic payments for sums under £5. . With effective technology and payment frameworks available (in the case of credit cards, for many years), why has adoption been relatively slow?

Most of those who predicted the early death of cash failed to account for the power of habit. Because many pre-millennial generations have always paid with cash, they stick with what they know and understand.

Even when faced with solutions that make their lives much easier, save money or provide other significant benefits, most people are reluctant to switch. In many respects, trust could feasibly be the biggest barrier to cashless payment adoption. The debut of Apple Pay, allowing consumers to pay for goods with their smartphone or watch, is expected to help change millennial buying habits, accelerating uptake of contactless payment systems. There are also expectations that smartphone-based wallets, from non-bank providers like Google and Samsung will further help to encourage users to ditch hard cash for convenience.

There is also some attachment to cash because it is harder to track for taxation purposes. Low-paid individuals, freelancers and small businesses sometimes welcome cash as a way to avoid declaring taxable income.

Although technology for processing cashless payments is commonplace, the cost of entering the marketplace excludes many of the poorest in society. A person on low or no income can always carry a pocket full of change – they do not normally own a smartphone or prioritize owning a smartphone and the associated contract. They may not even have a bank account by which to provide the backing for their cashless payments via the desired app. Initiatives are underway across Africa and Asia to open cashless technology platforms to everyone, but such programs are limited and slow to adopt because of competing payment standards, lack of supporting infrastructure and the relative cost of technology. Without finding a happy medium that allows all levels of society to be involved, a truly cashless economy will prove impossible.

Red tape has always been a limiting factor with advances in FinTech, holding back development as regulators try to find the best way to protect all parties. In the modern global economy, legislators need to develop frameworks that not only protect their local citizens, but which offer similar safeguards for transactions that cross physical borders. The government has launched the Innovate Finance organisation in an effort to help establish the UK as the global hub for the FinTech industry.

New cashless payment systems will need to be supported by regulation that offers protection to buyers, sellers and payment processors against fraud, theft and unfair banking processes. The closed-loop nature of electronic wallets offers particular concern at this point for consumers because little is known about how cash stored in these systems is protected. Some estimates suggest that as much as 10% of non-cash payments are made using these closed loop systems, raising concerns about money laundering and data privacy in the process. With thousands of competing cashless payment technologies on offer, it may be that improved regulation forces a consolidation of products. This would then see a collection of compliant platforms providing the “heavy processing” behind the scenes, whilst niche products are developed that present payment options to consumers.

The rise of the virtual BitCoin currency is also causing ructions within the finance industry. Offered as an alternative to traditional cash and fiat currencies like the US Dollar, BitCoin offers anonymity as standard, making it particularly popular with criminal organisations who want to trade money across borders without being traced. That said, anyone, consumer or business, can also benefit from the same techniques, which is why more mainstream retailers are accepting BitCoin as a payment method. If nothing else, established finance businesses can improve their own services by applying open ledger transaction mechanisms like those employed by BitCoin. 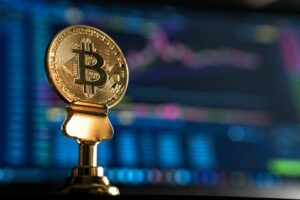 Key to the success of cashless payment methods is finding an effective method of securing each transaction at every touchpoint. Among the many factors to consider are:

Again, many of the technologies are already in place to help improve security of cashless payments. Apple Pay’s fingerprint-driven approach is being complemented by a similar service in India that protects against welfare fraud using a biometric system, whilst payment processing house WorldPay is looking at how facial recognition can provide verification of identity when paying. Such examples prove that security technology exists, the only barriers being cost and user uptake.

Central banks are propping up cash

Despite there being clear consumer interest in cashless payments, central banks appear to be doing what they can to prolong the life of physical currency. The US Treasury has increased the volume of cash in circulation by 42% between 2007 and 2012 for instance, with a further growth of 5% expected each year moving forwards – that is 2.1 billion in new currency next year. A lack of unity within the banking industry means that security systems taken for granted in Europe – Chip and PIN credit cards for instance – are only now being rolled out in the US. Whether this is a move to keep cash flowing in a sluggish economy, or a concerted move to limit cashless payments until central banks can gain a degree of control over such systems remains unclear. But by making more physical currency available, banks are helping to feed consumers’ addiction to cash. And with a banking industry apparently resistant to change, cash has a very long life ahead of itself in the US.

When will cash disappear?

Historically, trying to predict an expiry date for cash has been both difficult and foolish, as paper continues to defy the odds. With so many hurdles to overcome, cash will continue to be an important part in transactions for the foreseeable future, particularly in the developing world. Perhaps the end of cash will be determined when central banks decide that the cost of producing new currency is unjustifiable. The US currency printing bill will top $680,000 next year, and is likely to increase by 5% year on year in line with the need for new banknotes.

Encouragingly for businesses, consumers, and the FinTech industry in general, cashless transactions will continue to grow steadily, laying the foundations in readiness for when regulatory frameworks and questions of social accessibility are fully addressed.