Global flows – the movement of goods and services all across the world – are not only an integral part of the modern business landscape; they are also a driving force that is helping to create a tightly interconnected world economy powered by cross-border trade. Vast distances and obstacles that would have once seemed insurmountable are being overcome by businesses through the intelligent application of increasingly sophisticated technological and logistical means. 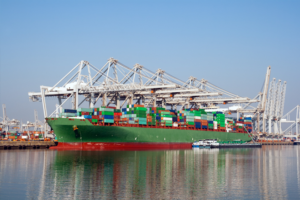 According to a report from McKinsey & Company, the global flows of goods, services, and finance reached $26 trillion in 2012, or 36 percent of global GDP, 1.5 times the level in 1990. Impressive as this level of growth exhibited during the last 24 years is, the pace is set to quicken substantially, as the report suggests that global flows could triple over the course of the next decade. Powered by the spread of innovative digital technologies, the potential for interconnected cross-border trade is being realized and capitalized upon by emerging countries as well as the world’s current leaders in digitalization.

Not only has global digitalization resulted in an unprecedented level of choice and convenience for the modern day consumer, it has also opened up a whole new vista of opportunities for businesses aspiring to capture new and dynamic markets. The interconnected nature of the new business reality allows them to forge strategic partnerships and market their products in exciting and original ways. Furthermore, the efficiency and reliability of leading payment technology platforms means that the money being paid and received keeps pace with the goods and services being traded.

What has caused the quickening pace of digitalization?

Global digitalization is a constantly evolving process which involves the acceptance, proliferation and application of the best ideas put forth by a vast collection of engineers, designers, logisticians, entrepreneurs, marketers and so on. The flow of these ideas is as much an integral part of cross-border trade as the flow of goods and services, as they have radically changed the way that we communicate and trade with one another.

While it is a complex and interconnected process on a global scale, we can point to a number of key factors which have fueled the current pace of digitalization and continue to impact positively on decreasing business costs while increasing opportunities:

Greater global access to the internet: The past three years have seen an increasingly widespread availability of cheaper, more reliable broadband internet access being offered across both the developed world as well as emerging countries. As well as the proliferation of wireless internet access both publicly and in private residences, even high-speed fibre-optic access is becoming much less of a rarity. According to the Organization for Economic Cooperation and Development (OECD) global fibre-optic subscriptions grew by 13.9 percent from June 2012 to June 2013. Of course, broadband coverage and usage varies hugely by country. However, many emerging economies are demonstrating astonishing subscription growth rates, such as Mexico which experienced a 290% increase in fibre connections between 2012 and 2013. 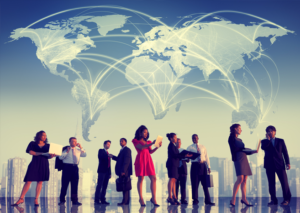 Decreasing cost of consumer IT hardware: Of course, wider access to the internet would have little impact if users didn’t have the means to get online. Since the beginning of the new millennium personal computers and their peripherals have massively increased in utility, sophistication and processing power every year. Fortunately though, this trend does not extend to consumer costs, as the computer price index has fallen 20% every year from 1999 to 2003. While this staggering drop rate has slowed considerably in recent years, computers continue to decrease in price even as they accomplish ever greater feats of technological capability.

Improved telecommunications for businesses and consumers: Cross-border voice traffic has more than doubled over the past decade, primarily due to digital calls through vendors like Skype. Skype call minutes have increased more than 500 percent since 2008 and have grown to 39 percent of the level of traditional international phone call minutes.

This demonstrates just how swiftly digital telecommunications are expanding and how much of an opportunity they represent to businesses that can leverage them for reduced operational costs and improved communications between staff, strategic partners and customers.

Containerization: The shipping industry has expanded massively to meet the rising global demand for goods which required the transportation of more than 493 million twenty-foot equivalent units (TEU in 2012 – compared to a mere  4.4 million in 1970. The current magnitude of cross-border trade has required shipping companies to become smarter as well as bigger, leading to the enhanced efficiency of port facilities through digital sensors, trackers and docking infrastructure.

The digitalization of container shipping further shortens time between the customer making their purchase and actually receiving it. This is crucial to forward-thinking companies because as the modern consumer becomes increasingly used to making instant online purchases, they subsequently expect fast and efficient delivery of their goods. Overcoming logistical barriers impeding optimal delivery times is a key benefit of ongoing digitalization efforts occurring globally.

Digital payment platforms: As the speed of global trading increases along with its volume, money needs to change hands more quickly and efficiently too, regardless of where the respective parties are located. In the past, global trade has been artificially slowed by lengthy payments processing but the continual refinements and innovations being made in the international payments industry now allows money to move across the world more quickly and efficiently than ever before.

Leading payments providers offer solutions which cut through convoluted scenarios where the receiving party waits as their money is bounced through an unnecessarily lengthy procession and unseen costs. Not only does this innovative technology inspire confidence in customers and business partners, it also means that smaller players participate in global flows through end to end service models. In business-to-consumer retail payments, it will be easier than ever for small and medium-sized enterprises to accept payments, enabling an increase in their cross-border goods and services flows.

Digitalization has created a global trading environment where both B2B and B2C transactions can be completed with greater speed, security and convenience than ever before. The cost of doing business is shrinking as operational overheads are reduced through smarter, more efficient technological means of communication and transportation. As the costs decrease, the vista of business opportunities subsequently expands as companies of any size can look at markets further away as viable options for offering their goods and services.

However exciting our current global business landscape currently is, the possibilities for future cooperation and integration of technological advances means that global flows cannot help but grow in volume and sophistication. As more people across the world gain access to affordable IT hardware and internet access, businesses have a chance to appeal to a whole series of emerging markets. The company’s size and location need not be a limiting factor thanks to digital technologies which allow consumers and other businesses across the globe to make their required trades and pay for them with minimal complications or delays.