The future of biometric banking

As people from across the world become more comfortable using the internet for an ever widening array of interactions, the range, volume and value of personal information being stored online continues to increase exponentially. Consequently, companies and government authorities are becoming increasingly committed to developing more convenient and secure means to access that information, allowing people to organize their lives digitally without hassle of fear of fraud.

Biometrics, the science of measuring and statistically analyzing biological data, is still in its infancy but already a number of technological applications of its principles have been developed and adopted in order to increase the security and efficiency of the adopter’s operations. Immigration desks at international airports are perhaps the most visible example of the potential of biometrics, as the latest passports and biometric cards allow airport authorities to more accurately log the arrival and departure of their visitors through fingerprint and eye scans. This provides a much more reliable and efficient method of verification than relying solely on human agents.

Those same principles of security and efficiency are what make the adoption of biometrics such an attractive prospect to banking institutions across the world. With the average banking customer handling a wider range of financial transactions online through desktop and mobile devices, the need for easy and safe access to their banking data is becoming a top priority for banking service providers wanting to differentiate themselves from their competitors. 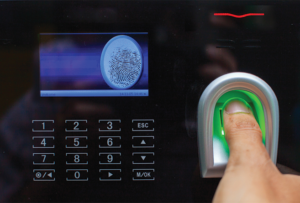 Even as recently as two years ago, many major banking institutions were shying away from the prospect of adopting biometrics technology as the cost and complexity of integrating it into their existing IT infrastructure outweighed the perceived benefits. However, recent developments in the field as well as shifting consumer behaviour patterns have helped change attitudes in the banking sector to view biometric adoption as not only possible but favorable.

A key factor in the equation is the average banking consumer’s heightened awareness of the threats of online fraud and their subsequent shift in security preferences. A recent YouGov survey suggests that nearly as many banking consumers now prefer fingerprint recognition (31%) to gain access to online banking as would prefer passwords (32%). Increasingly, consumers are looking for access methods that are more convenient than remembering lengthy passwords and security questions but without compromising security.

Biometrics-based solutions satisfy both of these criteria and look increasingly attractive as the two-step verification process favored by many major banks of using hardware and software OTP tokens is becoming outdated and remains susceptible to phishing and malware attacks. In the last two years there has been an explosion of solutions from Fintech companies looking to adopt and integrate biometrics and fill this hole in the market. Naturally, challenger banks have an advantage here as they have no monolithic legacy systems to work around, meaning that they can more easily adopt biometrics along with other FinTech innovations in order to stand out against the traditional highstreet banks.

However, as APIs and other collaborative technologies become more widespread, the bigger, more established banks are beginning to warm up to biometrics too. Another critical factor that’s informing the rate of adoption is the increased use of mobile devices for banking. Mobile developers – Apple most prominently among them – are already utilizing biometrics to improve the security and ease of access to their users’ devices, making fingerprint authentication for banking app access a natural addition.

In addition, a device-centric biometric architecture – where the biometric data never leaves the mobile device – is an attractive option for the bigger banks as it makes integration a much easier prospect. Another way to circumnavigate difficult legacy systems is storing the biometric data via a cloud-based network database. This widening range of solutions means that biometrics technology is finally a serious consideration for even the largest banking institutions.

A long-term investment rather than an operational cost 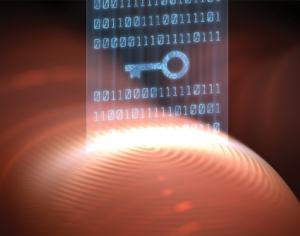 Perhaps the most compelling reason more banks are investing in biometrics is their potential to reduce the frequency of fraudulent activity affecting their customers. By utilizing multiple biometric authentication factors (eye, fingerprint and/or voice recognition) instead of typed passwords, banks can significantly reduce the number of incidents of customers having their accounts compromised.

Nuance, a multinational computer software corporation, claims that its clients have experienced up to a 10 times reduction in fraud by migrating to voice biometrics. This kind of fraud reduction represents huge cost savings for the bank in question, since every prevented account breach negates the need for an investigation of the incident as well as any recovery or refunding of lost assets.

This is becoming an increasingly pertinent issue with online data theft on the rise. A recent report from security software provider Kaspersky Lab reveals that banks and lenders almost always compensate their customers for fraudulent charges. However, more than half (52%) do so without conducting any kind of investigation before awarding the compensation, due to the rising costs of such efforts.

Early Adopters: Who’s using biometrics and to what level of success? 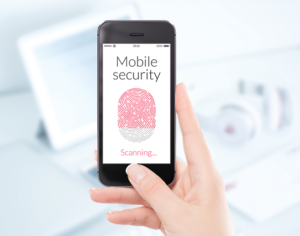 The response to the biometric technology’s implementation has been overwhelmingly positive, as shown by the comments of William Arnold, Chief Information Officer at Service Credit Union:

“Touch ID enhances Service Credit Union’s ability to better serve our members with both increased security and convenience. We have already seen an extremely positive response from our members with this new level of ease of just using their fingerprint to log in to online banking.”

Barclays is a prime example of a multinational banking conglomerate that is trying to incorporate biometrics into its operations ahead of its competitors. Hitachi’s Finger Vein Authentication Technology (VeinID) has already been implemented in multiple Barclays branches in Europe, North America and Japan, but Barclays announced last year that personal scanner units will soon be available for corporate banking clients to buy.

The unit reads the sub-dermal patterns of the client’s finger vasculature in order to allow seamless and secure transactions. Vein pattern recognition holds several advantages over fingerprint scanning, including reliability and speed, with the authentication taking only two seconds.

“We have shown the technology to a range of businesses and the interest and enthusiasm for the product is tremendous. The technology has also been tested by Hitachi for many years and it will be game-changing for UK businesses and consumers. Ultimately, I hope this will pave the way for other institutions to adopt equally robust technology in the fight against online crime.” 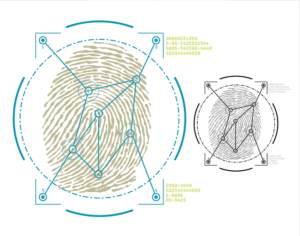 While the inherent benefits of improved security and convenience make biometrics adoption a serious consideration for all banking service providers regardless of their size, there is a significant risk involved that should not be overlooked.

Recent personal privacy controversies involving governmental security agencies such as the US’ NSA have led many people to believe that it is already too easy for governments to maintain worryingly detailed reports on their citizens. The widespread adoption of biometrics technology could turn existing surveillance systems into something significantly more powerful and potentially much more invasive. Most countries’ legal systems do not currently qualify whether national security and law enforcement agencies can collect biometric data without a person’s knowledge, leading to understandable concerns as to how such data will be collected and used.

Ultimately, this could present an issue for banks adopting biometrics if their customers are not entirely comfortable with their data-sharing policies.

Biometrics is set to change the face of global banking 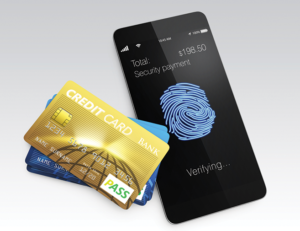 The modern banking customer is becoming increasingly discerning in their needs and they will opt for a service provider who can offer them access to their banking data without compromising on either security or convenience. Banks who can provide such access through mobile devices as well as desktops or in-branch visits will find themselves better positioned against their competitors.

There are push as well as pull factors involved when considering the adoption of biometrics. With online data-theft incidents growing in number and severity, it’s clear that the outmoded, inadequate security protocols of many traditional banking institutions are proving costly and need to be updated.  Legacy systems remain an obstacle for the larger banks but investment in innovative FinTech and collaboration with FinTech providers is already allowing the likes of Barclays to circumnavigate this particular difficulty.

Perhaps the biggest question mark hanging over the future of biometrics is how it will affect the operations of governmental surveillance agencies. The nature and transparency of the agreements made between banks collecting biometric data on their customers and the relevant government agencies will determine whether customers ultimately feel more or less secure.

Regardless, the adoption of biometrics is already having a profound effect on the development of global banking. Biometric technologies represent the best hope of combating cybercrime and subsequently improving customer safety and security while at the same time saving banks from vast ongoing losses in fraud investigations and refunds.

As more financial institutions consider how best to incorporate biometrics into their operations, the technological solutions being developed are only going to become more innovative and widespread. Ultimately, it seems highly likely that wholesale adoption of the biometric approach to improving security and convenience will be implemented over the course of the next five to ten years.

The platform economy: what can we learn from Thomas Cook?

Many lessons can be learned from the recent collapse of Thomas Cook, the world’s olde ...

So what can developers learn from financial services? Security. Developers are genera ...