The history of international payment solutions

Thanks to the meteoric rise of the internet and the ever-increasing coverage of reliable broadband, speedy communications and online transactions are a hallmark of modern society. While it’s true that there are often severe difficulties and barriers to overcome when moving money around the world, with the right help and tools it can be achieved with the touch of a button.

Clearly, traders and business owners living in earlier times couldn’t expect their assets to flow across international borders with the same speed and efficiency of current international online payments. The lightning-fast pace of evolution regarding information and communications technology is a very recent phenomenon in human history, with further breakthroughs and innovative services soon to be realized.

However, one thing we do have in common with our ancestral traders and the money makers of old is that they too managed to leverage technological advancements for the purposes of sending money abroad to make investments and secure further wealth. The following is a brief overview of the key historical players whose actions have guided the evolution of international payments to its current form.

Ancient Mesopotamia: Every hallmark of modern banking and international finance, from deposits on goods and property, to interest rates, loans and letters of credit, each one of them existed (albeit in a much simpler form) right from the beginning of the earliest great civilizations seen on earth. As early as 3000BC, the ancient Mesopotamians utilized receipts in the form of clay tablets that recorded transfers between parties both foreign and domestic. 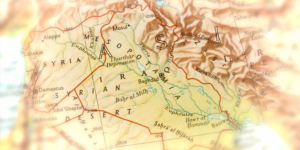 Ancient Greece: The very first recorded institution of offshore banking started on the tiny Greek island of Delos. The islanders had few natural resources so they devised a system where cash transactions were replaced by an actual system of recorded credit receipts and payments. As the system became more elegant it gained in popularity and soon accounts were maintained for wealthy individual clients from all over Greece and lands further away who could send instructions to make payment to another’s account.

Like so many other good ideas, the Romans quickly adopted and improved it during their astonishing rise to power from the 1st Century BC to the 4th Century AD. 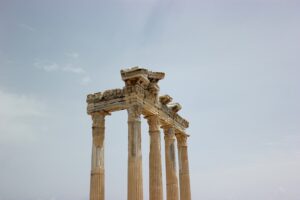 China : By the 7th Century AD a number of ‘token’ receipt systems like those seen in Ancient Greece, Rome, Egypt and Mesopotamia (clay tablets, leather strips, etc) had proved to be a crude but effective means of recording the terms of any given trade. However, they were just the forerunner to the next logical step: the paper banknote.

During the Tang and Song dynasties, the Chinese developed printed banknotes that – much like successive paper currencies – promised the bearer that they could ‘cash in’ for the appropriate payment in coins, goods or services. This was revolutionary as merchants no longer had to haul large quantities of heavy coinage to far-off lands in order to conduct their trades. 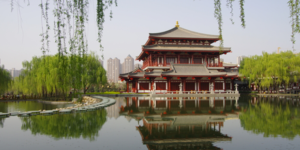 Renaissance Europe: After the chaos of the Dark Ages, banking and the business of international payments made a vibrant recovery in Europe, principally thanks to the independent city states of Italy. As Rome, Genoa and Venice grew into international trading powerhouses, the need for more sophisticated financial services also emerged.

The technology being used was not dissimilar to that that of the much older Chinese dynasties as the Western printing press developed by Johannes Gutenberg made its impact in the latter half of the 1400s. However, the scale of the international business being done had grown rapidly to encompass hundreds of thousands of trades that were being conducted annually across most of the known world. 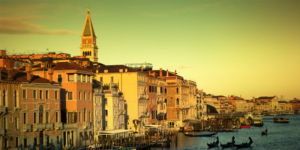 British Empire: Although precious metals are hard to transport and store in large quantities, throughout history they have always been viewed as a more ‘real’, tangible source of wealth that has continually backed the value of paper currency. It was this line of thinking that led to the adoption of the ‘gold standard’ in Britain in 1821, a system that was designed to promote long-term stability and reduce uncertainty in international trade through fixed exchange rates with other trading partners who had also adopted the gold standard. 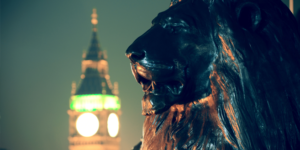 Modern Day Solutions : Leap forward to our time and we enjoy a truly impressive range of sophisticated, safe and reliable financial services to choose from whenever we look online. However, even now, moving money around the world isn’t without its problems. In some instances it can be a costly, time-consuming and confusing affair. Fortunately, cutting-edge automated platforms can help companies provide international payment services for their customers. Thanks to transparent, trusted services without hidden fees or charges, it’s never been easier to move money around the world.

Future Prospects** :** The last two decades have seen an impossibly rapid evolution of international payments to the point where untold wealth in hundreds of different currencies flows across the internet every day in digital format to wherever it is needed.

As impressive as the current state of finance-enabling technology is, who knows what the next twenty years will bring? Certain ‘space-age’ ideas no longer seem so far-fetched and before we know it, we may find ourselves living in an environment where notes and coins, tangible currency, is replaced entirely by contactless payments supported by online infrastructure.

Whatever the case, you can be assured that no effort will be spared by financial enterprises to make international payments smoother, quicker and more easily accessible.