It’s not uncommon to charge goods or services abroad and later return home to find that there’s a significant gap between the amount of money you thought you spent and the amount that was actually deducted from your bank account. We expect a certain amount of charges associated with cross-border payments and exchanges — what hotels and banks often call “transaction fees,” “service charges” and “exchange rate fees.” But few people actually understand how those fees are derived and even fewer know how to recognize when they’re being overcharged.

Sending payments: how it works

The cross-border payment process is more complex than most people outside of the finance sector realize. There’s ample opportunity for big banks and other large-scale financial institutions to capitalize on the autonomy they’re awarded. For businesses looking to make frequent cross-border payments and transactions, exorbitant transaction fees can quickly become a burden for their company and their customer. So what actually happens when you make an international payment or exchange? And what factors into the percentage of cross-border fees incurred?

On a basic level, the word “sending” suggests an active movement of money from one point to another. When we want to send money between banks, we imagine a mechanism by which money is ushered like a message on a telephone wire, beginning at point A and arriving at point B in full. But sending is a misnomer — what actually happens is a complex system of reconciling and balancing between banks and financial entities. If you were to “send” $100 domestically from a Wells Fargo bank account to a Chase account, for example, the balance of each account would simply be adjusted to reflect the desired transfer. In short, Wells Fargo would reduce your balance by $100 and Chase would increase the end account balance by $100. It’s a system that relies upon a network of carefully-maintained financial relationships and efficient communication.

What happens during cross-border transactions?

The same balancing mechanism is used in international financial markets, but with considerably more complexity and steps. For a bank to host a cross-border transaction, they must have both currencies in their possession — or else have a means of buying the foreign currency necessary to execute the payment. While bigger international banks often have liquidity in a few different currencies, it’s not viable for one bank to hold more than a handful of currencies at a given time. Instead, large banks maintain relationships with a select few foreign banks and leverage their connections to conduct foreign transactions that are outside of their own wheelhouse. In contrast, smaller, local banks often don’t hold any foreign currencies and rely completely on larger banks to host cross-currency transactions on their behalf.

Because of this, most cross-border transactions involve more financial institutions and touch points than the aforementioned point A and point B. Logistically, the more institutions that are involved in a transaction, the more money that will be forfeited in the transaction process. More often than not, the financial burden of connecting all the necessary dots is shouldered by the customer. If a business attempts to pay $1000 to a foreign bank, for example, the payment may arrive at its destination $50 short (due to processing fees), requiring the business to send another $100 to cover the original $50 that was lost.

The percent forfeited in a given cross-border transaction isn’t determined by the nations or currencies involved — it’s decided by the financial institutions and businesses that participate in the transaction process. If you purchase a hotel room in Paris in USD, for example, the Parisian bank of the hotel will charge the hotel a percentage fee for achieving the transaction. On the other end, your U.S. bank will charge you a percentage for exchanging USD to Euros (in order to pay the Parisian bank) and both the hotel and your bank will likely charge you an additional foreign transaction fee to compensate for their own diminished profit margins. In this scenario, you would end up paying a combination of transaction fees totalling upwards of seven percent of your initial sum (and shouldering the financial risk of the currency exchange).

The best way to determine if you’re being offered a reasonable exchange rate is to compare the rate you’re offered against the current mid-market rate — or a currency’s current buy/sell value on the FX market. For individuals looking to travel and make purchases in Europe without incurring exorbitant charges, euro cards are a viable short-term solution to avoiding cross-border transaction fees (and they offer a safe way to spend without consulting a calculator).

For businesses that need to execute cross-border transactions to participate in the global marketplace, however, independent payment platforms offer a more sustainable and scaleable solution for cross-border fees. The best digital payment platforms remove the friction from the cross-border payment process by offering users access to a vast payment network and providing transparency into international transactions at every juncture (along with better security, risk management, financial reporting and fraud-protection). By negotiating bulk international deals and maintaining digital relationships and connections with banks around the globe, independent payment service providers are able to offer clients greater efficiency and financial fluidity at a significantly lower cost. If you want to learn more about how to get started, get in touch to schedule a discovery call today. 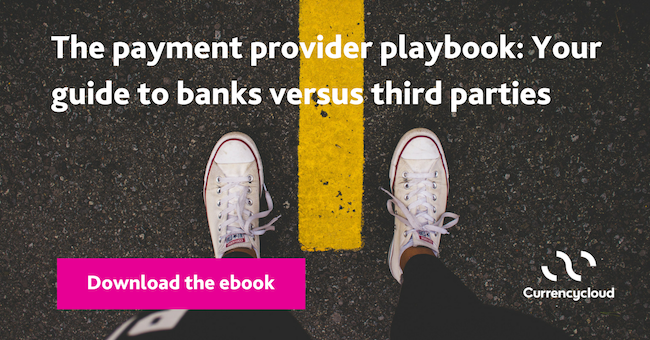