The last five years have played witness to a remarkable shake-up of the UK’s retail banking system, as the new generation, dubbed the “Challenger Banks” have established a foothold in the market and are looking to expand. While approximately 77% of the UK’s current accounts are held with one of the “Big Four”, (HSBC, Royal Bank of Scotland, Barclays and Lloyds) many of the challenger banks have offerings which represent a bold and undeniably attractive alternative that have the potential to keep the traditional high street kings on their toes.

New regulation has eased requirements for new lenders while simultaneously making it quicker and easier for consumers to switch their banking service provider. Thanks to a lingering sense of distrust often felt by said consumers due to years of high-profile banking scandals and bail-outs, they are more likely than ever to shop around. 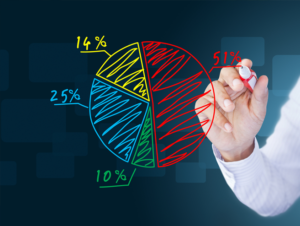 A new breed of Bank

Challenger banks number in their dozens as they have sprung up across the UK, EU and US in response to perceived inertia in the banking space which has many customers searching for a better deal. They generally market themselves as smaller, more agile banks with the ability to deliver more personalized customer service with faster decision and processing times when delivering their range of financial services.

A vital part of this agile banking structure is due to the challenger banks’ focus on providing a digital offering which they tend to favor over building large numbers of bricks and mortar branches – or “stores” as they are now often termed thanks to the retail background of many such banks. In addition, they generally do not offer the full gamut of financial services which you would expect from the Big Four, instead they cherry-pick the ones which interest their customers the most and they know they can deliver cost-effectively.

The category of challenger bank is relatively broad, with new market entrants hailing from a variety of retail backgrounds. In particular, a number of prominent UK supermarkets have already created a significant stir in retail banking. In a market where customer satisfaction is of critical importance, these supermarkets have been able to effectively leverage a deep wellspring of consumer goodwill and brand trust earned through their everyday operations.  A recent report by VerintSystems and the Customer Contact Association found that while 66% of people are content with the service provided by their banks, 78% of people said they are happy with the services provided by their chosen supermarket.

So, thanks to the regular and generally positive face-to-face transactions made with their customers, a number of UK supermarkets have felt sufficiently confident in branching out beyond their original offerings to encompass financial services to be delivered to a consumer base that already knows and trusts them. Supermarkets aren’t alone in adopting this philosophy, as other retailers such as Amazon, Apple and John Lewis have demonstrated with their alternative payments processing platforms and services. 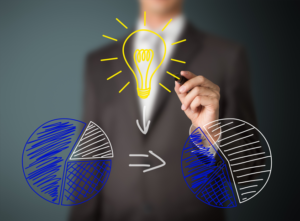 Taking on the titans: the leading Challenger Banks

Challenger banks emerging from the world financial crisis can generally be split into four main categories, each with its own leading notables:

New institutions: The likes of Metro Bank and OneSavings Bank are recently floated enterprises designed to compete against established high-street banks through select but competitive financial services and more intelligently-applied customer care. In the four years since its launch, Metro Bank has opened 26 branches (‘stores’) and has set up nearly 360,000 current accounts with total deposits of around £2 billion. It operates branches which are open 12 hours a day, seven days a week, as part of their philosophy of adapting to the more hectic schedules of modern workers.

Offshoots of incumbent banks: Lloyds and RBS have been forced to spin out parts of their business to form new competitors: TBS and Williams & Glyn respectively. These challenger banks benefit from new, more agile direction but have suffered significant difficulty making the transition from being part of a huge banking operation to a small, independent one. TSB in particular faces rising costs and falling profits due in large part to legacy systems in place from their Lloyds era which are now unsuitable given that they can’t benefit from such an economy of scale.

Bought-out failed institutions: Santander UK bought valuable parts of Alliance and Leicester as well as Bradford and Bingley. Santander itself is the fifth biggest banking enterprise in the UK yet still classes itself as a challenger bank.

Retailers: Most notably Marks and Spencer and Tesco have leveraged the positive sentiment of their huge consumer base to break into banking services.  Tesco Bank already has a 12 per cent share of the UK credit card market and launched its first current account in June 2014. 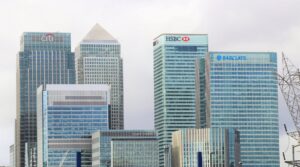 The entry of these smaller but numerous players has had a galvanizing effect on the incumbent banking giants. Although each of the Big Four have large and sometimes unwieldy operations comprising of hundreds of branches nationwide, they also have significant resources at their disposal which the vast majority of the challenger banks do not.

The Big Four are aware of the shifting priorities of modern banking customers and as the challenger banks have emerged during the past five years, the market incumbents have invested significantly in order to keep pace with the demands of their clientele. Each of them understands that offering a smart, responsive and easily navigable digital banking experience is key when attracting new consumers in the digital age as well as retaining those who are sufficiently motivated to compare banking services. Investments in cutting-edge payment services such as Pingit, Galaxy and so on are emphatic of this acknowledged need to provide customers with the means to bank the way that they find most convenient.

It’s also important to bear in mind that while numerous challenger banks (particularly those of the supermarket brands) have large and loyal consumer bases to appeal to, so do the Big Four. Despite current regulation making it easier to switch banks, a generous proportion of the UK’s population stay with their chosen bank for years or even decades provided that they feel suitably well taken care of. According to recent figures from the Payments Council, only 3-4% of banking customers switch services per year, leaving the vast majority who stick to what they know and generally trust.

In order to encourage customers to stay with them and avoid switching, the bigger banks are reaching out to their established user base by developing a greater range of engaging products and interactions which offers maximum flexibility while still attempting to deliver personalization of service. This approach is a key market differentiator that separates them from the cherry-picked offerings of the challenger banks and drives everything from the development new and innovative technological banking apps to rigorous channel optimization and leveraging of new media.

Currently, the numbers being drawn to challenger banks represent a trickle rather than a flood. In order to keep their operations competitive and cost-effective, most challenger banks can’t offer the same range of services that can be found with the Big Four. Some will doubtlessly prove simply too small to have a noticeable impact on the market or ultimately even survive on their own. However, if the more prominent challenger banks can manage to effectively capitalize on their early wins and consolidate their position, they may quickly find themselves sitting on a viable market share within the next five to ten years.

The traditional players are aware of this threat to their customer base and have good reason to worry. In a recent TCS (Tata Consultancy Services) survey 71% of respondents felt that they would lose customers to challenger banks and new market entrants in the next five years. It is this attitude which emphatically underlines the potential of challenger banks to become major players in the relatively near future. The pioneers of the challenger bank ethos are currently a small but mobile group – the classic hallmark of early adopters – who have established a viable foothold and its leading proponents are poised to significantly exploit changing market conditions to secure their share.

However, what “viable market share” actually looks like differs markedly depending on who you’re talking to. The challenger bank critics strongly believe that it will take decades rather than years for the start-ups to achieve a scale which truly poses a threat to the mainstay highstreet lenders. Their belief is that although challenger banks are providing a genuinely greater level of choice for UK banking customers – both businesses and individuals – this isn’t enough to fuel market competition in a meaningful way, certainly not to the point of the “banking revolution” promised by challenger bank advocates.

It’s undeniable that there are a number of significant obstacles to the growth of challenger banks. They have to meet the same tough regulations as the incumbents, (requiring them to cope with the same compliance costs), they cannot afford to skimp on security investments which remain significant despite their smaller size and ultimately it remains expensive for them to access many of the traditional international payment services which are run by the big banks.

While these challenges will serve to keep growth at a more modest pace than the banking revolutionists would like, it may also encourage challenger banks to focus on alternative payment platforms and services away from the traditional high street banks. If they can’t operate on the same economy of scale as the Big Four, challenger banks will have to continue to rely on their more nimble nature to develop their own bespoke payments solutions and services or effectively leverage existing ones from innovative third-party developers.

Should challenger banks manage to achieve this, then the “banking revolution” may not be as far off as the critics imagine. After five years of clawing out an admittedly small piece of the market, the pace of change is increasing, with many challenger banks resolving their teething problems and gathering pace as they approach profitability. Already the consumer market has demonstrated its willingness to get behind the challenger bank ethos and should this attitude endure then the numbers of customers switching service will no doubt rise with according swiftness until a tipping point is reached and the challengers become the established incumbents.

We are already seeing evidence of such change being enacted in the market. With the most promising challenger banks building a viable consumer base, service offering and deposit total, their actions have made the traditional highstreet heavyweights sit up and take notice. This has already improved consumer choice and subsequently the various banking contenders are striving to make their offerings more flexible, convenient and competitively priced. While the future speed of change remains uncertain, greater market competition is poised to improve matters for the modern end user – whether they are a business or individual – who is more discerning than ever and has greater motivation to compare offerings in order to find the bank that meets their requirements.