A Venmo-style app for B2B payments

People are paying with Venmo, but many commercial enterprises, weighed down with invoices and contracts, still rely on paper checks.

What if you could use the blockchain to digitize the process for these companies and help them get their revenue faster, cheaper, and more efficiently like Venmo does for individuals?

Jeremy Almond, CEO of a business-to-business payment network called PayStand, believes you can. A completely digital cashless payment network experience, PayStand works like Venmo only with a contract and an invoice in the process.

He joined me on the Payments Innovation podcast to talk about PayStand and the future of the blockchain for business-to-business payments.

How a business-to-business payment network operates

“We help automate the whole process, sort of like self-driving money,” Jeremy said. “And then we would dramatically lower the cost to receive your revenue.”

PayStand provides a completely feeless network, which is important when a company is moving, a $100,000 invoice or contract with a company they’ve worked with for a decade.

At the enterprise level, customers have already spent a significant amount of their investment organizationally on an operating system to make their business more digital. Having software such as SalesForce and Oracle to keep track of customers and operations right in the cloud is one example.

“The ironic thing,” Jeremy said, “is the money side doesn’t match all of that. If you’re pushing paper when you’ve got a digital contract with the customer and the digital invoice with the customer, it’s a mismatch.”

Consequently, PayStand ties deeply into the systems of records. Consider Uber as a real-life parallel. Uber magically knows what driver you were with, how far you went, what rate you were charged, and when you stopped. And that knowledge culminates in a magic moment where, instead of handing a taxi driver money, you just leave

“(PayStand does) that at the commercial level,” Jeremy said. “We help match the actual movement of the money to contracted invoice terms that lived digitally, which today are disconnected.”

Keeping on the safe side of the regulators with B2B payments 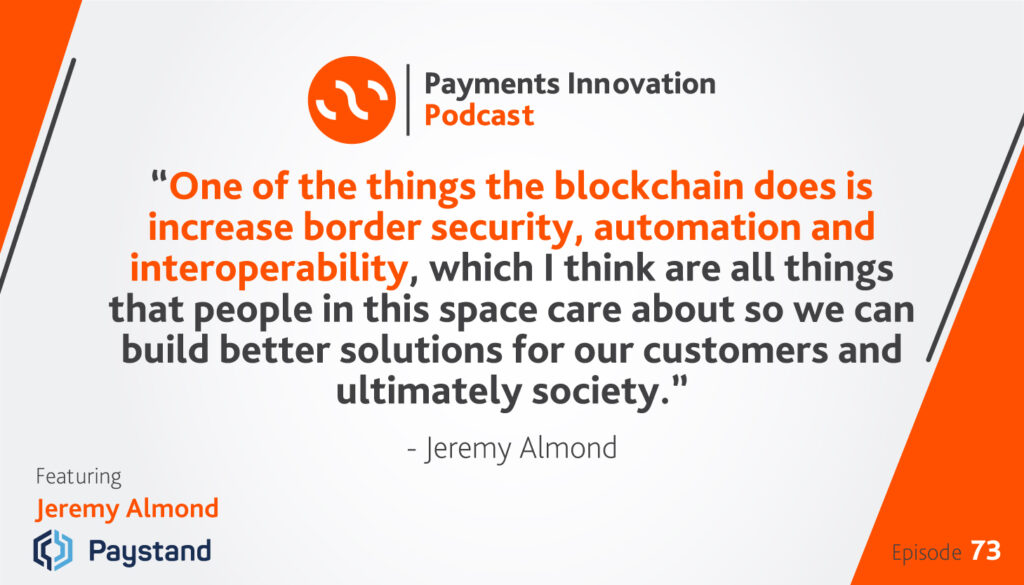 PayStand operates within the existing boundaries and financial framework of how an enterprise works.

“We’re matching what is true in the bank with what’s true in the ERPs and the CRMs,” Jeremy said, “And so smart contracts define that, but we’re still not moving the money through your banking infrastructure at some level.”

That helps relieve the regulatory burden, and more importantly, it means that PayStand works closely with the largest sponsor banks in the U.S. to partner there. Today, PayStand works with about 1,800 banks, but when the company began, Jeremy and his team really wanted to build new financial infrastructure.

As a result, his company has worked to integrate that idea within existing financial service companies and now powers a number of banks and other financial service organizations who are looking for modern, next-gen rails or for their own set of customers.

Why blockchain is better for B2B payments 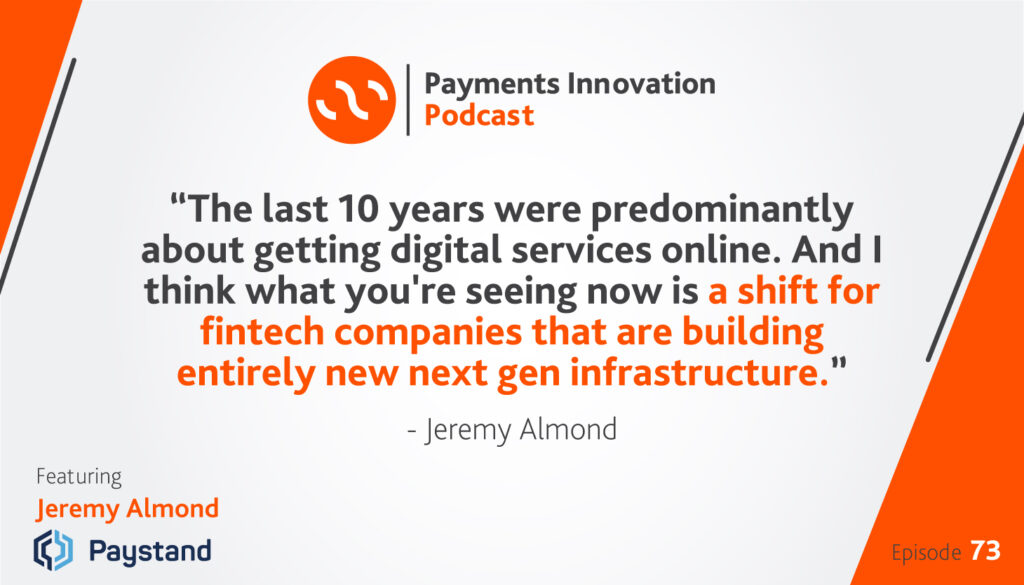 Blockchain has been decoupled from the craze of crypto now. One of the things the blockchain does well is: it increases border security, automation and interoperability, all things that people in this space care about.

“So there’s a lot of alignment,” Jeremy said. “It’s just a matter of: Where are you in the financial services space?”