How will EU interchange fees affect the industry?

What are interchange fees?

An interchange fee is a term used in the payment card industry to describe a fee paid between banks for the acceptance of card based transactions. Usually it is a fee that a merchant’s bank (the bank acquiring the sum) will pay a customer’s bank (the bank issuing the sum).

EU interchange caps – what has changed? 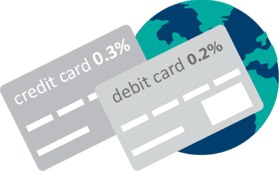 Interchange fee is a term used in the payment card industry to describe a fee paid between banks for the acceptance of card based transactions. Usually it is a fee that a merchant’s bank (the “acquiring bank”) pays a customer’s bank (the “issuing bank”); however there are instances where the interchange fee is paid from the issuer to acquirer, often called reverse interchange.

To increase transparency and simplify payment card processing fees, the European Commission has implemented a cap on interchange fees. Interchange fees are now limited to 0.3% for credit cards and 0.2% for debit cards for both national and cross-border transactions.

When did it change? 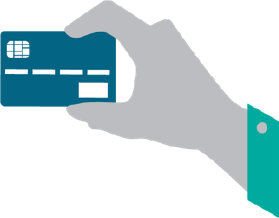 The new rules came into force on 9th December 2015 for all European Union member states with the next set of updates for interchange fees for consumer card-based payments in June 2016.

The new interchange caps are applied to all transactions involving personal payment cards that are handled by an intermediary like Visa or MasterCard. Business payment cards are exempt from the cap, as are those issued by three-party providers like American Express and Diners. From 2018, all payment cards will be expected to adhere to the new transaction caps.

How are they affected? 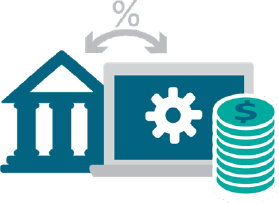 Banks and Fintech firms processing card payments will now need to ensure that interchange fees adhere to the specified limits. Commissioner Margrethe Vestager who spearheaded the campaign for new interchange caps said; “This legislation will put a cap on interchange fees, make them more transparent and remove a hurdle to rolling out innovative payment technologies. It is good for consumers, good for business and good for innovation and growth in Europe. As cards are the most widely used means of online payment, this Regulation is also an important building block to complete the European Digital Single Market.”

What do these interchange caps mean? 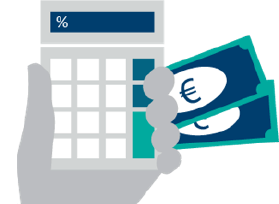 The new interchange caps will make it easier for merchants to calculate interchange fees, and the impact on their profit margins. According to the UK government, these caps should also help to ‘redistribute revenue from issuing banks to merchants and consumers’. Some estimates suggest merchants will save as much as 25% per transaction.

By setting flat interchange caps across the EU, merchants will find it easier to trade with consumers anywhere in Europe. They will also be able to see exactly what they are being charged for each individual transaction, increasing the transparency of card processing.

Following updates in June, card schemes will permit multiple brands to be processed on the same card at the point of sale. This means both merchants and consumers will have a choice of payment methods on a single card

For payment card powerhouse like Visa and MasterCard, the imposition of interchange caps will affect income – particularly as they will be expected to absorb many of the costs associated with cross-border transactions. Issuers may also need to adjust client-facing systems to provide additional detail for each transaction so that merchants properly understand what they are being charged.

The new, simpler pricing model should encourage more card payments however, with the additional volume of transactions helping to reduce any shortfall.

Card schemes will also have to clearly define their transaction processing and scheme management activities, the exact scope of these definitions will be announced by the European Central Bank in the first half of 2016.

There are currently two pricing structures for payment processing, blended and flat fee. Historically payment processors have used blended pricing to charge merchants a flat fee based on the average cost of transactions for all supported cards (which could vary widely before the cap was introduced) plus a fixed mark-up.

Under the new interchange cap regime, the type of card used by a customer no longer matters, and merchants are charged a flat fee including the processor’s mark-up. It is now impossible for processors to hide additional fees and charges as part of an average fee. As a result, merchants will be able to exactly what they are paying for each transaction.

Because corporate cards are exempt from the interchange cap businesses may not see any reduction in their card charges. Issuers however may choose to scale back their corporate offerings because of the additional reporting overheads, potentially withdrawing company cards altogether.

Corporate clients may find that they are pushed towards third-party cards, or encouraging employees to use their own cards and claim back on expenses.

Will savings really be passed on to merchants?

The interchange caps are intended to lower the cost of doing business for merchants, by forcing banks to cover more of the interchange costs. However, the need to protect profit margins could see charges for other banking operations being raised to make up the difference.

An estimated £650m a year for the UK retail industry could be saved by merchants if this is passed on. However, there is a fear that a lack of transparency around card fee structures may limit this.