Regulation versus innovation in the Financial Services industry

The financial services industry is currently enjoying a period of unprecedented innovation where new and exciting solutions are being developed to combat age-old difficulties regarding the ability to manage money so that it can be moved quickly, efficiently and safely. From cutting-edge payments platforms to easily accessible mobile banking apps, incumbent players in the financial services industry who embrace the potential of disruptive technologies are reaping the benefits of innovation such as improved customer satisfaction and subsequently closer customer relations.

In our current digital age where genuinely significant technological advancements are becoming almost routine occurrences, innovation has become a byword for success. Being able to innovate, to adapt and progress in order to provide better solutions to a given customer’s problems is the aim of modern financial services providers who are looking to secure future as well as present success. However, in our globally interconnected financial system, innovation often needs to be tempered with clear and concise regulation in order to avoid situations where an unhealthy disregard for risk can cause serious and lasting economic repercussions. 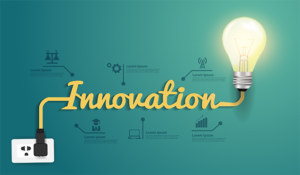 Therefore, there is a serious consideration that should accompany the development of every new innovative financial product and service: does it scale? Innovation is a pushing force: pushing towards greater efficiency and ultimately greater profitability. However, innovations that are pushed too far without sufficient testing or proper consideration of inherent risk factors can ultimately do more harm than good. What looks good on paper may have unintended consequences when applied on a macro-economic scale.

You don’t have to look very far back in the history of financial services to find an example of the damaging potential of innovation that is insufficiently channelled by effective regulation. Although myriad factors combined to create the global financial crisis of 2008-2009, it can be argued that a lack of intelligently applied financial regulation allowed for the adoption of risky practices – particularly in the mortgages sector – that were inherently unsafe and proved a major contributor to the crash. The financial industry had undergone dramatic change in the decade leading to the crisis thanks to the development of innovations such as collateralized debt obligations, credit-default swaps, special-purpose vehicles and private-label mortgage securities. These innovations helped banks and other institutions to finance their mortgage security holdings with short-term debt – which in turn made them more adaptable and agile but ultimately they lacked the liquid reserves to withstand the rapid change in market perceptions of the risk of such assets.

The backlash against banks, financial institutions and even regulatory bodies in the aftermath of the crisis was significant and understandable. A staggering series of bad bets and excessive leverage had led to a domino effect of falling confidence and asset values culminating in bank runs and the revelation that the global economy was much more fragile than the vast majority of people outside the financial industry had ever guessed. Given these circumstances, it is perhaps unsurprising that the past five years have resulted in increasingly strident calls for tighter regulation of the financial services industry in order to prevent a reoccurrence of the global crisis. 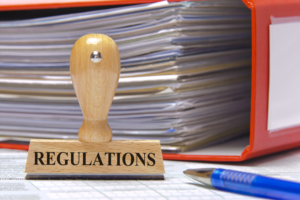 However, it is vital to remember that regulation is not a one-dimensional issue. It is not simply a case of turning the dial up or down, of providing more or less regulation in order to achieve the optimal effect. Regulation is a complex issue in any industry, and none more so than in the globally interconnected financial services industry where untold billions are moved around the world in a series of innumerable international online payments every day.

Adding to that complexity is the ever-present threat of criminal and terrorist elements who commit money laundering and fraudulent activities in order to fund their operations. Anti-money laundering, Know Your Customer (AML/KYC) regulatory requirements had a huge impact on the financial services landscape in 2013 and their ramifications are still being felt in 2014. As regulatory bodies attempt to wrestle with the subtleties of online fraudsters and other unsavoury parties, financial companies and institutions often struggle to keep up with rapidly-changing sanctions and compliance requirements.

Firms operating on a global basis are particularly aware of the importance of remaining informed about regulatory changes as they are required to demonstrate a robust compliance framework ensuring that anti-money laundering regulatory requirements are being adhered to at both a local and global level. Importantly, in an ever more interconnected global finance network, the burden of regulatory compliance is distributed in a much more widespread manner, as are the consequences of failing to comply. For example, if a financial technology company fails to adhere to a regulatory requirement, the bank that backs it could be fined, discouraging said bank from wanting to support innovative fintech due to the inherent risks, subsequently limiting investment and fundraising opportunities for future fintech companies.

Regulators have also been experiencing marked difficulty in determining the best course of action when considering divisive new financial trends such as the rise of digital currencies. Both regulatory bodies and law enforcement agencies are rightly concerned about their potential to finance criminal activities and terrorism thanks to the ease and speed with which they can be traded without the same level of scrutiny that traditional currencies undergo. Best practises for the trading of digital currencies are currently evolving but progress is slow since the complexity of the issue, its potential ramifications on the global economy and the question of jurisdiction, since BitCoin and similar digital currencies are not solely tied to a specific country or government.

Governments and regulatory bodies face a daunting task of composing policies that strike a balance between providing financial stability and security while also allowing innovative ideas to flourish. This task is becoming even more difficult in the face of faster technological advancement, since the potential impact of any given innovation (its potential risks and rewards) becomes harder to assess when the whole face of modern finance continues to evolve so rapidly. Just as financial service providers are constantly looking to provide better, smarter products, regulators need to be constantly reassessing the global financial landscape and implementing better, smarter policies in turn.

Ideal regulatory policy allows for the acceptance and controlled growth of innovation without stifling it. It needs to be flexible enough to accommodate disruptive ideas and technologies and harness their potential for positive change while reining in their capacity for unacceptable risk if improperly implemented. This balancing act is hugely complex but if approached correctly it can result in the availability of smarter and fairer financial services without sacrificing customer confidence and trust.

How to create a neo-broker: regulation, execution and moving money

No license, no excuse: Why FX brokers need to act now

How do you prepare for something when you don’t know what you’re preparing for? You m ...