Developer Portal Help Centre Get Started
Get Started
Podcast May 20, 2020

In the wake of the sudden COVID-19 economy, we might forget the small-scale financial crises people face every day.

In the huge segment of the workforce living paycheck-to-paycheck, any sudden expense can become a financial crisis.

And until recently, their only option was to start a cycle of debt through expensive short-term loans.

Our guest today, Frank Dombroski, Founder and CEO of FlexWage Solutions, is leading the charge — without the high charges — for an alternative.  His company offers a solution that provides people with early access to earned wages.

What we talked about:

How early access to earned wages got its start

Working in the prepaid business, Frank came face-to-face with the very large segment of our workforce who live paycheck to paycheck and realized the available solutions just weren’t cutting it.

This inspired him to create FlexWage, a mission-driven company that strives to balance its profit motive with its social mission to help the individuals left behind by the financial services mainstream. 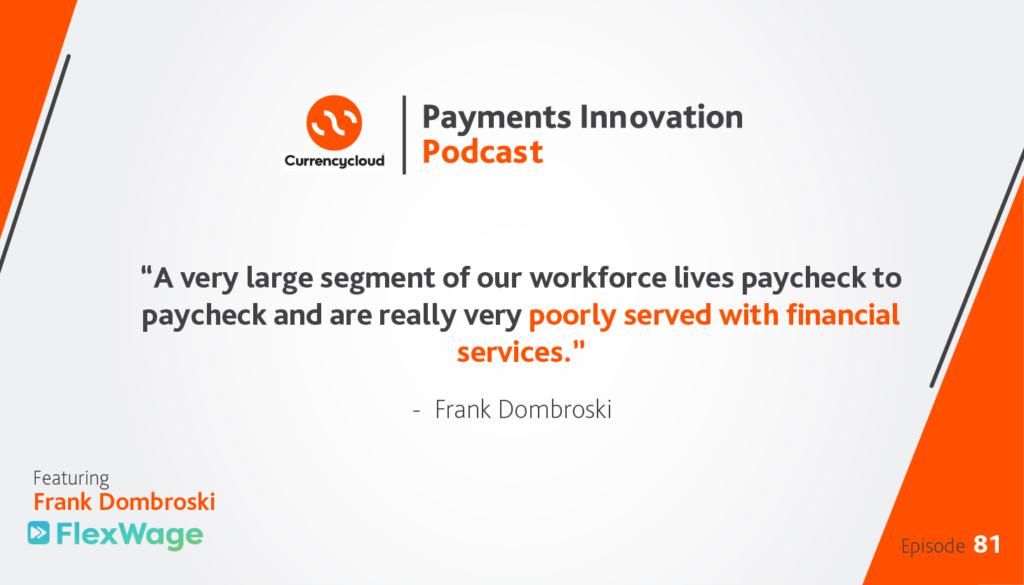 These people end up paying massive amounts of capital when they needed advances on their paychecks.

And they also pay with their health through the high levels of financial stress they’re faced with.

So, in 2010, FlexWage introduced early wage access, or on-demand pay, which has since become a high-visibility marketplace.

Getting employers on board

In 2010, the initial, daunting challenge FlexWage faced was convincing employers to buy into the product.

First, it took convincing employers of the actual magnitude of the problem and that it was deserving of their attention.

The solution offered by FlexWage would allow them to be part of the solution, rather than shirking any responsibility to help — often with the justification that employees spending money unwisely is not their problem.

Ultimately, it’s just the right thing to do for your employees.

Second, even if an employer feels no moral obligation to help their employees’ financial situations, employers needed to be aware of the very real consequences to their business if they ignore the issue. 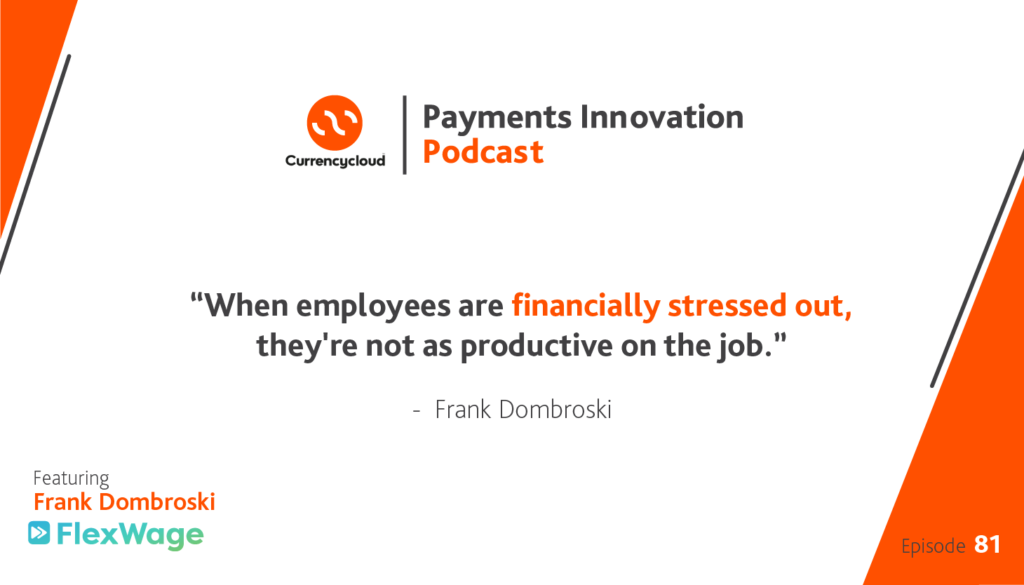 Financially stressed employees are nowhere near as productive and their 10-year longevity with any given company plummets due to their dissatisfaction with their employment. And, of course, it’s no surprise that company satisfaction is abysmal for an employee who struggles to pay their bills with the income from their paychecks.

At the end of the day, employers warmed up to on-demand pay because of the clear benefits it provided to productivity, retention and employee satisfaction.

The rise of the on-demand market

Many other factors played a role in shining a light on the early wage access market.

Studies have proliferated showing the impact that issues of financial stress had on the employer and not just the employee. This third-party validation really propelled the product in the minds of employers.

Additionally, a handful of competitors entered the market and brought more visibility to the innovation. While Frank is sanguine about the increased profile on-demand pay is getting, he’s not thrilled by the fact that these companies are violating the patent FlexWage has on utilizing payroll, time and labor data to make interim pay available.

Another factor in the growth of the early wage segment was the benefit-centric nature of HR departments, especially in FlexWage’s early lighthouse account with 1-800-Contacts. 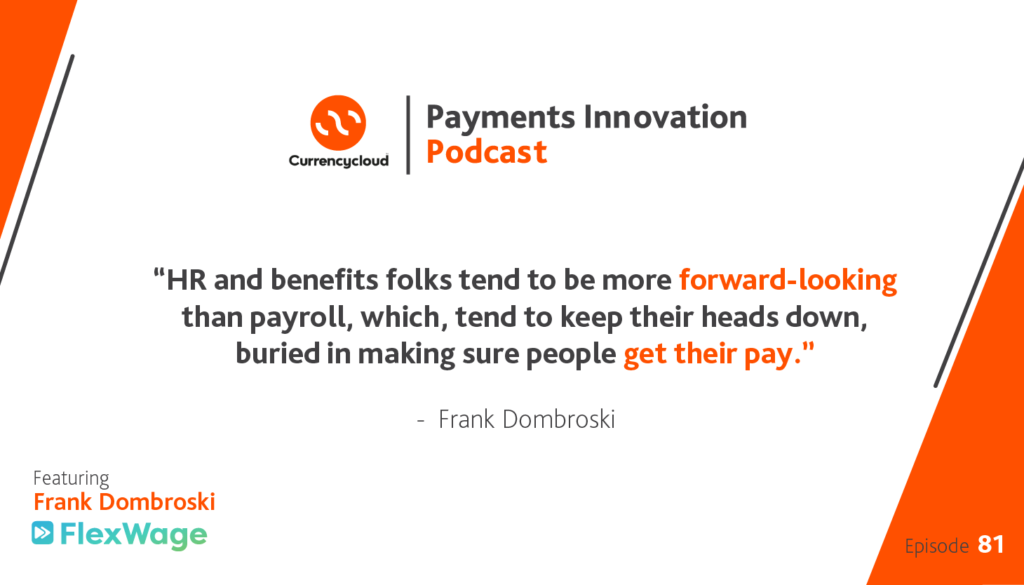 The data-centric approach to on-demand pay — and its accuracy down to the employee level with respect to gross and net earnings — tends to map well onto the priorities of HR.

And that’s perhaps the biggest advantage of this approach. The accuracy means, unlike a payday lending situation, where guessed earnings need to be offset by exorbitant interest rates, FlexWage all but eliminates the potential for employees to access more than their actual accrual.

The product has also been proven in some important use cases over the years, including the often complicated world of POS systems and tip-based income.

And with the rise alternative networks replacing sluggish methods of payments (such as ACH) with real-time, cost-effective payment infrastructure, Frank expects on-demand to continue one its growth trajectory for the foreseeable future.