Audio may become a new standard for Person-Present transactions

In the world of transaction technology, we all care about the same things:

Today commonly these concerns are handled by the use of EMV chips and NFC.  But there are limitations like range and single user per terminal.  What if there were a way to send and receive transaction data over a distance of several feet securely? And what would that do to the person-present transaction landscape?

I sat down with Eric Allen, CEO of LISNR to find out if audio is becoming a disruptive force potentially taking over as the new standard and what the benefits are of this innovation.

Data-over-audio for Transactions: the Origin Story

Before LISNR, Eric was working in audio in a different capacity. He was running a company called Grace Note that was like the B2B Shazam. They powered music recommendations for dynamic DJ experiences as well as TV. He got a call from Rodney Williams founder of LISNR to join as a board member and what intrigued Eric was that Rodney was doing something cool that Eric had previously tried himself to figure out: using audio signaling to share data.

It originally seemed crazy but after one board meeting, Eric was hooked and before long he took on the role of CEO and got busy working on products and services aimed at using the technology for transactions. 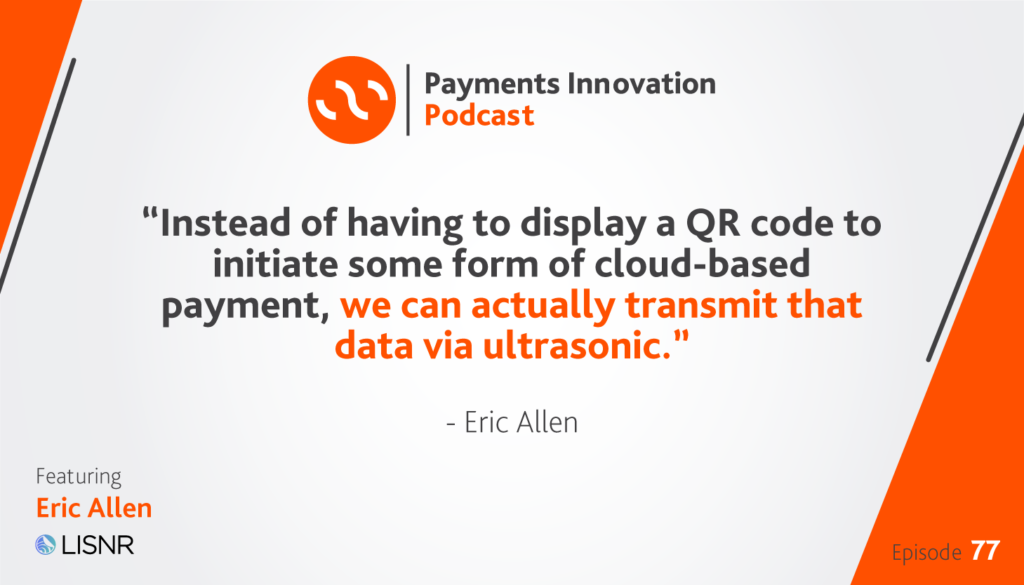 How does it work?

Audio might be the future of person-present transactions for three key reasons:

Many of the types of wallet or cloud transactions are considered eCommerce transactions which tend to have the highest fraud rate, but the difference with this technology is the requirement of physical presence. For the transaction to work, the two parties have to actually be present. The actual audio has to be transmitted and received. You can think of it almost like a digital audio cookie that represents and confirms that buyer and merchant are present at a given point in time and pass data to confirm service delivered. Additionally, gig economy services that are verbal can result in mistakes that create friendly fraud. This technology can prevent friendly fraud by tracking initiation and completion over high-frequency audio.

One great thing about data-over-audio is that it’s not bound to some of the same restrictions that QR codes or NFC are bound by. In those cases, the transmission range is measured by inches, maybe a foot. Data-over-audio technology can transmit up to a six-foot range from a mobile device to a payment terminal.

One of the great things that the increased range enables is concurrency. Imagine that in a scan, pay, and go scenario, you can have multiple people paying at a single terminal. Imagine a range of several feet wherein multiple people are paying. Eric believes that this could create a very unique, and easy feeling purchase experience.

The additional value that this brings is not just payment data, but also personalization. Upon entry, if the SDK is sitting in the merchant application and they’re broadcasting some form of content, that gives them the initial start point to engage with consumers. Whether it’s providing coupons, recommendations, or loyalty services, If you’re able to identify consumers and personalize, that creates a great relationship between the merchant and the consumer. 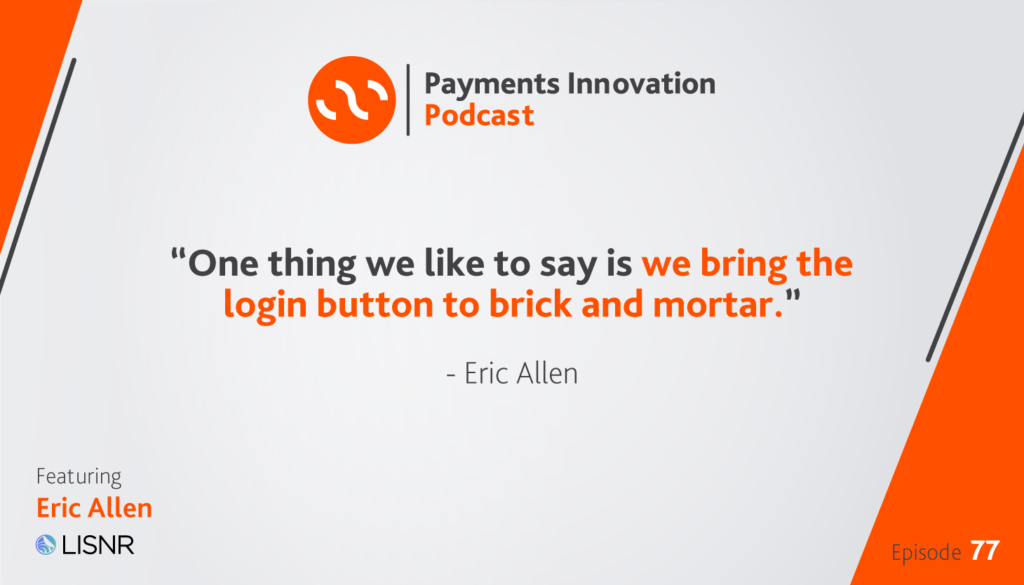