How one man is helping local lenders diversify their balance sheet

I love listening as entrepreneurs explain how they became CEO or co-founder of their business. Often, the path led through trial-and-error, until they really defined the problem.

But I don’t think that’s how it went for Ian Lampl, CEO & Co-Founder of LoanStreet.

I’m fairly certain Ian knew exactly what problem he was solving, and how he was going to solve it.

Smaller financial institutions had little to no diversification

The problem: community financial institutions were over-leveraged within their own geography, and tied to only 1 or 2 loan types. They had no balance sheet diversification. If a bank, credit union, or other lender is over-concentrated within one geography or one loan type, during a financial crisis, they have very little financial maneuverability, which can be a nightmare when something like the 2008 financial crisis strikes. Ian knows firsthand.

Ian was upfront and center to the financial crisis — he was part of the GM IPO to recover taxpayer bailout money. He also sold 92% of AIG assets. He saw firsthand what can happen to a financial institution when there’s a problem with the balance sheet.

So, after Ian left the government sector, he went private, and founded LoanStreet, an end-to-end lending platform that connects financial institutions with loan products across the country. This enables even smaller institutions a platform on which they can buy and sell loan products they wouldn’t otherwise have access to.

Ian came on the Payments Innovation podcast to share how his solution is changing the lending game for community lenders.

To get a clearer picture of this over-concentration problem, let’s use this example Ian provided:

Picture a smaller financial institution, say a community lender in Maine. They have no resources to setup loans outside of their state, so they are concentrated to one geography.

Further, because of their size, they are likely finding a lending niche, where they are lending one type of loan over and over again. A niche is easier to handle for smaller institution because they only need to have the staffing, expertise, and tools to create and administer one type of loan. The problem is, this niche creates 2 problems: 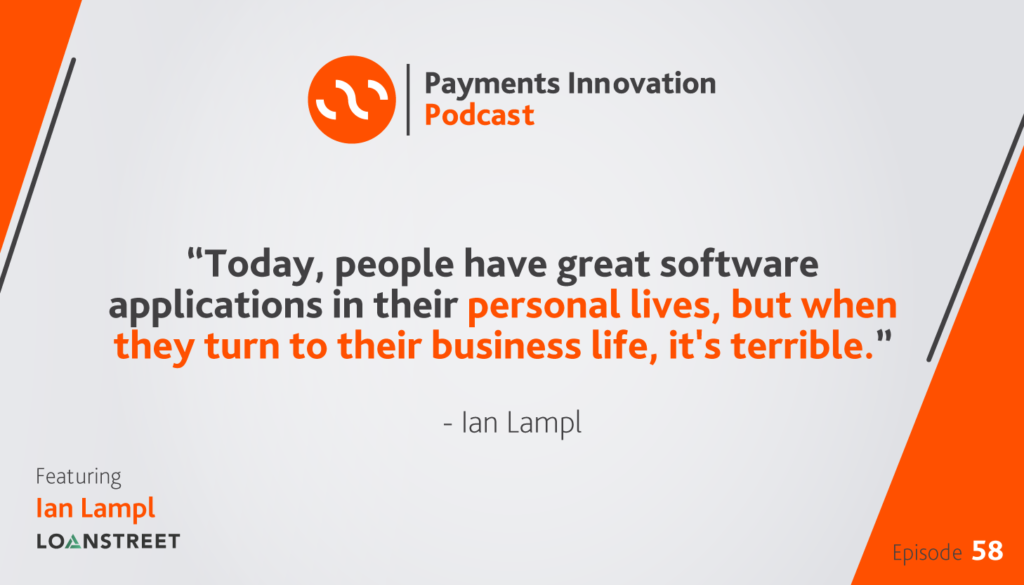 Most people thought ‘matching’ would solve the issue

Ian is certainly not the first person to notice this issue, but when other industry analysts have pointed to this problem, their solution is oversimplified:

That sounds like a good plan. So, why hasn’t anyone done it?

Because it wasn’t that simple.

The problem wasn’t ‘matching.’ The issue was infrastructure

Because he was so close to the issue while working at TARP, and because of his analytical mindset, Ian went a layer deeper than others who’d seen this same over-concentration issue.

He knew the problem wasn’t just a one-off “matching” issue.

The problem was infrastructure.

Lenders didn’t need to trade 1 or 2 loans occasionally. They needed a systematic way of handling trades going forward that required very little administration and oversight. Ian thought of the problem in a different light:

“What if we treated the lending industry more like the bond industry?”

How LoanStreet modeled their loan platform after the bond market

The bond market has many similarities to the lending market, but it has magnitudes of order more liquidity than the loan market, for a few reasons:

So Ian did what any good entrepreneur would do.

He stole the concept behind the bond market, applied it to lending, and made it even better. 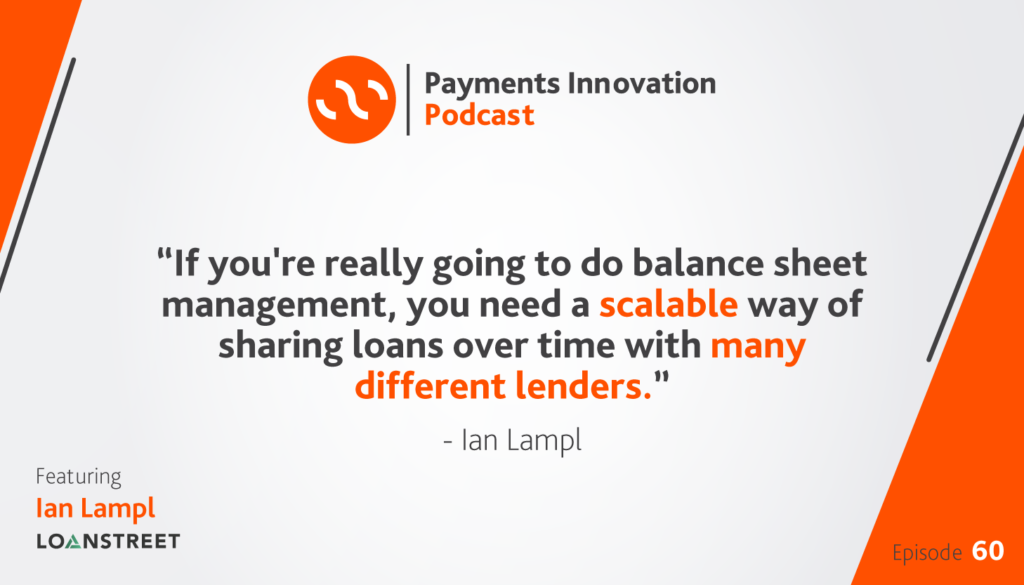 LoanStreet’s platform is actually better than the bond market’s

Ian knew that if the ease of bond trading was applied to lending products, smaller community lenders would then have a scalable way to trade lending products across state lines. This would allow them to diversify their balance sheet, solving their over concentration problems: They could buy other loan products, and they could offload some of theirs.

So, the first thing LoanStreet did was replicate much of the infrastructure the bond market had:

But, Ian took it up a notch: the remaining benefit of the bond market was that a financial institution trading bonds had access to the trustees and paying agents, freeing up their staff. Ian’s software platform actually automates those tasks, making it even faster and easier. 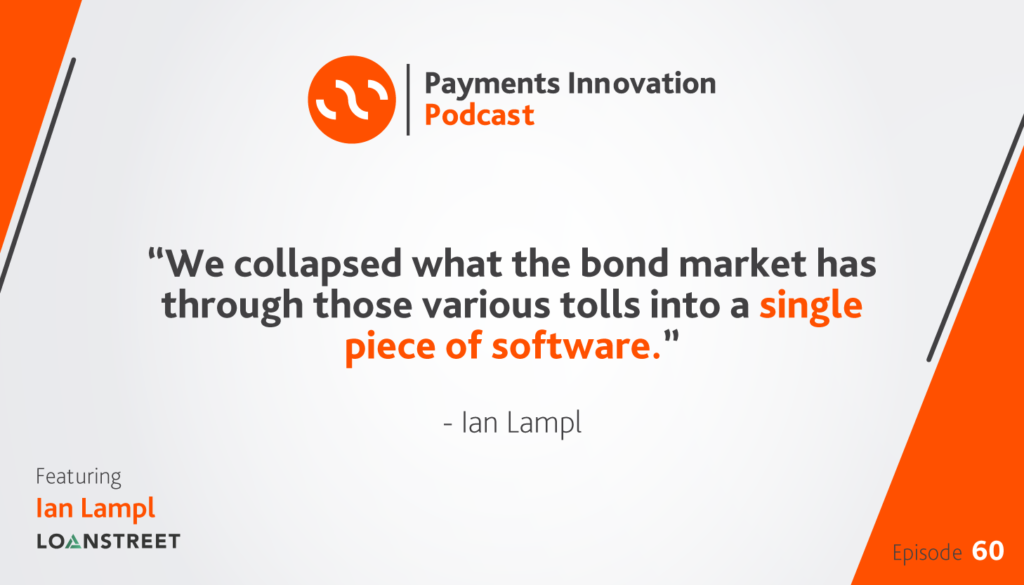 Example of LoanStreet in action:

So here’s a real-life example of how LoanStreet impacted a Dallas-native credit union.

The credit union, like many other local credit unions, had doubled-down on one loan type. For them, that was prime auto-leasing. In fact, they were so good in this segment, they generated $1-2 million in excess lease of what they could support on their balance sheet.

Ian says the last thing any financial institution wants to do is slow down their lending process because of excess — after they’ve done the work to acquire the leases, built out their team to sell and administer those loans, going backwards would be a terrible outcome for them.

So LoanStreet stepped in.

They were able to help that credit union by performing almost one transaction a month for 20 months straight. Never once did the credit union have to renegotiate an agreement, never once did they  have to manage the administration of the agreements, and, in the end, they never had to slow down their lending.

The prices were set, the contracts standardized.

So it was a win-win-win:

The community won because they had access to loan opportunities.

The Credit Union won because they could continue to offer loans.

Third-party financial institutions won because they were being delivered opportunities they didn’t have exposure to.