It would be easy to chalk Brandon’s passion into something driven by his near-death experiences. But that’s only half the story.

But, 4 years ago, on his 33rd birthday, Brandon was struck with temporary paralysis in his face — it turns out he had a tumor. Actually, he had over a dozen tumors. The docs gave him 30 to 90 days.

1) I’m taking out my 401k and buying every expensive bottle of wine I can.

2) You need to put a morphine drip in my office so I can keep solving problems for people.

He’s not a workaholic. He’s a people-aholic.

Using data science and powerful visualizations, Brandon’s on a mission to help everyday people be excited about their finances.

Here’s the highlights from our interview on the Payments Innovation podcast: 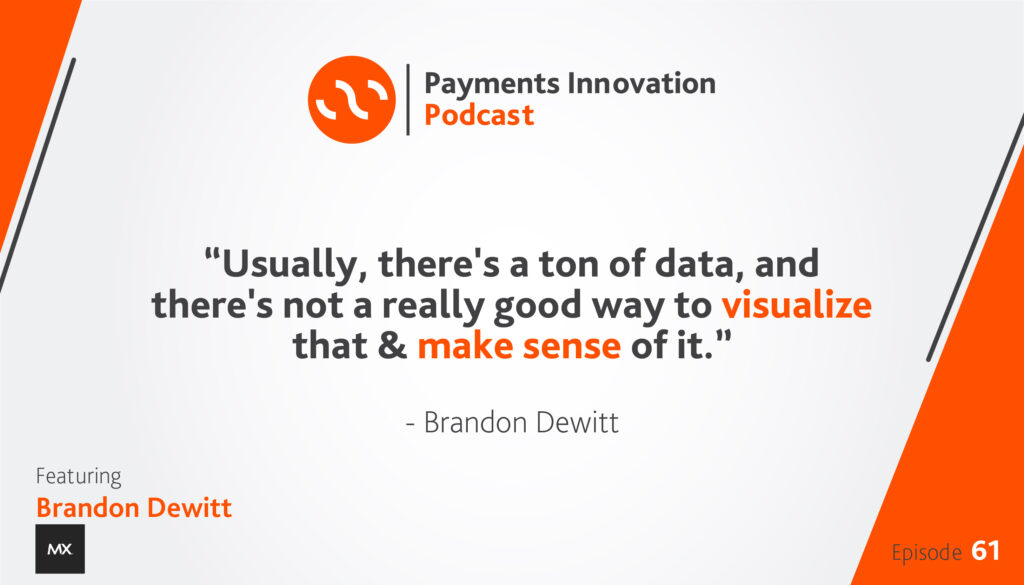 After several years working for Experian, Brandon more or less swore off the financial sector.

Of course, things never work quite the way we think.

Fast forward several years, and Brandon had sold a company built on his marketing software product, and, by now, companies like Google and Twitter had confirmed 1 thing to Brandon:

Brandon thought, if I go back into financial services, I can fight for the consumers.

Brandon likes to think in terms of bell curves (must be the computer scientist in him).

Most people, though, are right in the middle: they aren’t able to devote a ton of time to the rigor of budgeting with every ounce of their life, but they also don’t have so much money that they can’t care about  budgeting. That’s the group Brandon wanted to help.

At MX, he looks for what he calls “smart automation” opportunities. He focuses on:

The reason why this “trajectory” or “directionality without exactness” outlook is so important is because:

Consumers often won’t look at their own financial situation.

Consider how net worth is visualized, for instance:

Overall, for most people at any given point in the US, they have a mortgage, meaning, they likely have a negative net worth. So, logging into visualize their net worth using a traditional model would show depressing red numbers.

No wonder the average consumer isn’t interested in looking at their financial situation.

Far from having a negative outlook on the traditional banking sector, Brandon has found extreme favor within the industry. From his perspective, banks have been more than willing to adopt MX’s “average consumer” approach.

Banks are certainly realizing that, fundamentally,  advocacy for the consumer is becoming increasingly important, as the cost of switching is continually driven down.

Banks actually want to do what’s best for the consumer.

In fact, I asked Brandon if he could remember that when doing something right for the customer was ever challenged by a bank.

“I can’t remember a single instance.” 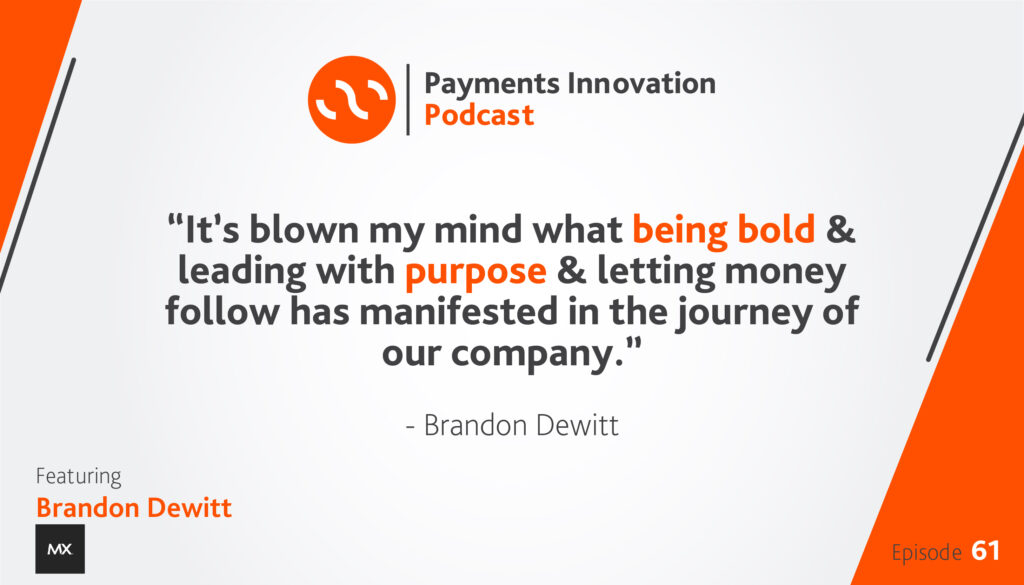 Brandon’s boldness in the financial services industry, coupled his consumer-first approach is gaining clout, and he’s taking the traditional banks with him into the future.

We can’t wait to see what else he conquers.