The Fintech accelerator and middle America

A lot of people ignore the middle part of the United States.

The “flyover” states, as they’re called, get a bad rap. They’re ignored for the likes of New York, LA, Silicon Valley, and Austin.

But there is so much happening in Middle America. Incredible things really.

On this most recent episode of the Payments Innovation Podcast, we sat down with Nikkee Rhody, Vice President of Product Development and Marketplace Strategy at Central Payments, and Co-Founder and Managing Director at Falls Fintech.

We talked about Middle America, what’s going on with Falls Fintech, a fintech accelerator, and what their plans are for the coming year.

As was already said, Middle America gets a bad rap. 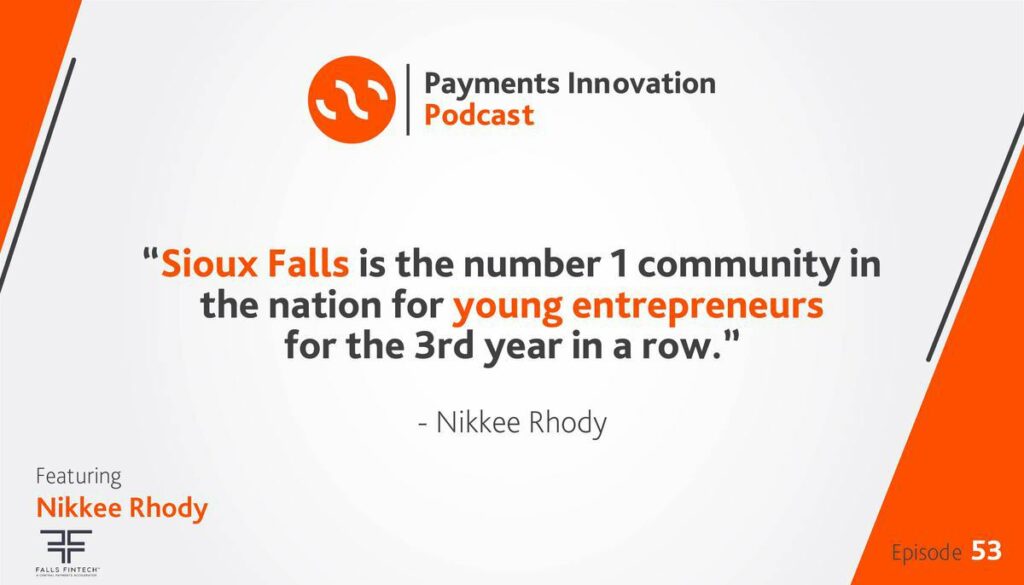 With so much attention being paid to the coasts, it’s understandable the frustration that may arise out of feeling like you’re constantly ignored and written off.

But Nikkee and her team don’t let that bother them. They’re doing amazing things in the heartlands of America.

Why would a bank start an accelerator program?

Don’t banks carry enough risks? What purpose could possibly be served in investing in growing companies looking to scale and scale quickly? 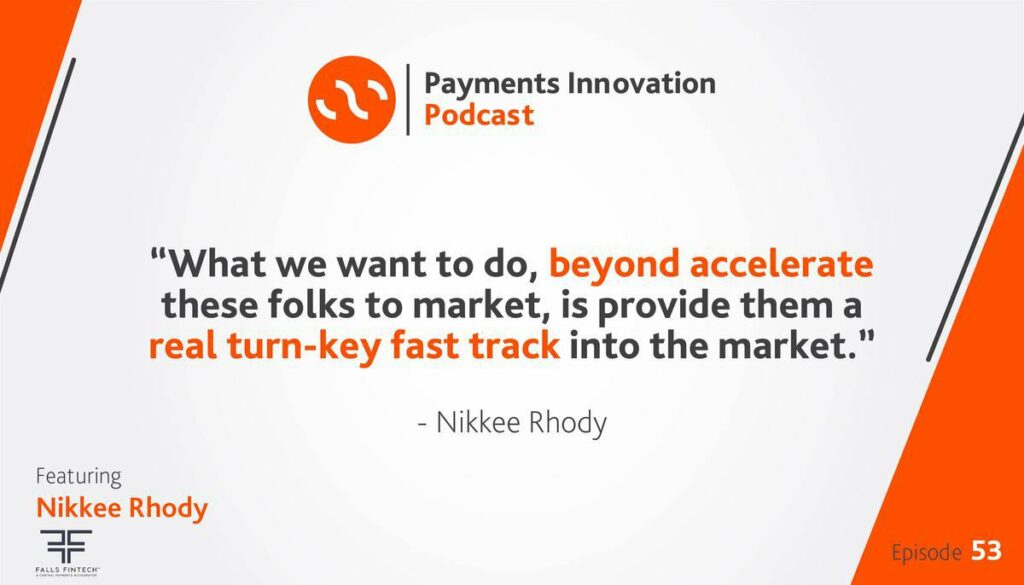 Falls Fintech is looking to help businesses scale, and scale quickly, drastically decreasing the time it takes them to get to market.

How are they doing this?

OpenAPI isn’t talked about much in the US.

We live in a world of intellectual property, closed doors, trade secrets, and tight lips. But with an open API platform, anybody can go register for access, and take advantage of the services that they have to offer.

Whether it’s creating a card, reloading a card, ID verification services, or ACH services, the opportunities are vast.

And they’re only increasing.

In 2020, they’re expanding to many more processors, platforms, surcharge free ATMs, and more. This is only the beginning.

So who are they looking to bring in?

There are really 2 schools of thought when it comes to bringing folks into your accelerator.

You can have incredibly high standards, only allowing the EXACT type of companies that you want in, or you can leave it vague, and allow for a varied approach.

Their general requirements are at or near minimum viable product stage, but there’s a much deeper alignment with payment ecosystem participants.

What does the future look like for Falls Fintech?

The response so far has been overwhelming, and they think that’s a good thing. They’re planning to put 5 companies into the first cohort, with another 5 coming next August.

Ten companies in a year? Not off to a bad start.

This post is based on a podcast with Nikkee Rhody. To ensure that you never miss an episode of Payments Innovation, subscribe on Apple Podcasts, or Spotify, or here.