I’d like to introduce you to perhaps the one founder who is not actually trying to disrupt traditional banking.

Eric came on the Payments Innovation podcast to share about his latest creation — MovoCash, and how he’s using it to solve problems for the underbanked, without disrupting traditional banking.

MovoCash is built on a simple premise — help the underbanked get access to financial resources in the simplest way possible.

They’ve created what Eric calls a “digital cash network.” They turned a 16-digit card number into digital cash that you can send/receive money with friends and family, and make payments anywhere Visa or Mastercard is accepted — meaning their platform can be used around the world in about 200 different currencies.

To merchants, this is a huge value prop, and it’s why consumers gain the benefit of such wide acceptability with Movo:

MovoCash is a digital cash system that has guaranteed payments built into it. With bitcoin, Ethereum, Ripple, and one could argue even with Venmo and Paypal, there really isn’t a guarantee of payment from the merchant’s perspective. 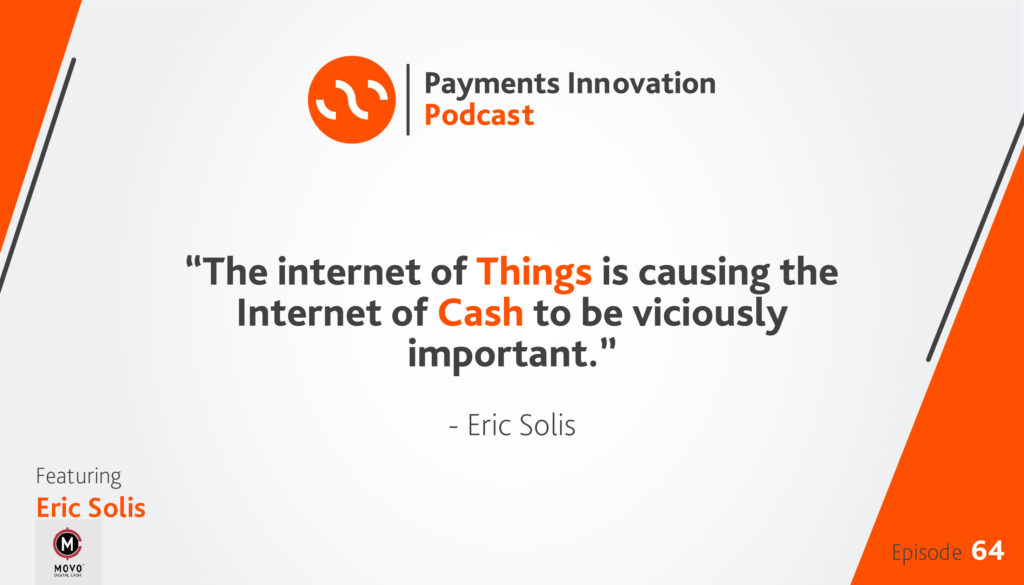 But MovoCash is different — they’ve partnered with Visa and Mastercard, and these brands provide a settlement and guarantee of payment both as to consumer and merchant.

That’s why when people ask Eric, “How is Movo different than PayPal?” He says: “Walk into In-N-Out and try to pay with your PayPal account.”

2) Getting money off the ledger

Movo allows people to convert bitcoin, bitcoin cash, Ethereum, etc., to fiat currency, in real time. So, you could send $100 to your friend, who’s never used bitcoin, doesn’t understand Movo, and just needs the cash — in Europe. You simply need to know how to use a 16-digit card number.

According to Eric, 1/3 of all fraud is actually from merchants themselves re-using or misusing your debit or credit card number for additional amounts.

MovoCash solved this: With Movo, you can create a 16-digit card number with the exact amount of money you need, not a penny more, from your main account.

So, if you need to buy some probiotics from Russia for $34.25, you can generate a 16-digit card number and fund it with exactly $34.25, with an expiry date, a CVD number, everything you need to process the transaction — all without ever releasing your primary account number. 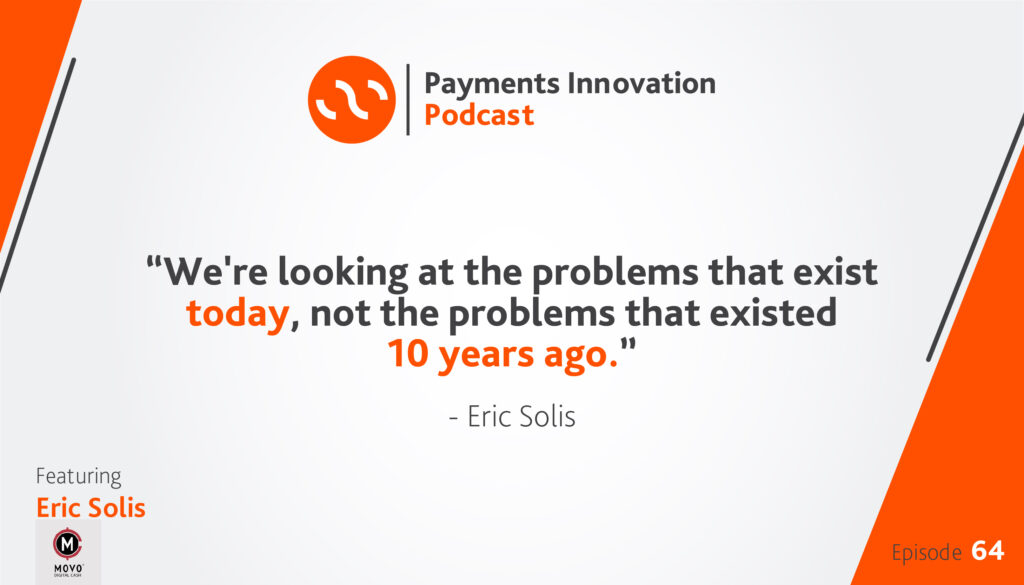 Eric is relentlessly focused on solving “real problems, with real solutions, for everyday people.” If you’re wondering where he got that drive, it’s actually from his mother.

When he was 13 years old, he walked into his home to find his single mother curled in a ball, crying because she couldn’t pay the bills. (She didn’t want to live anymore.) Eric comforted her, and while he didn’t understand what the underlying problem really was as a young boy, he said to himself: “I’m going to solve this problem.”

Fast forward a few years, and he self-studied to receive his Series 7 license — one of the premiere financial licenses. By the time he was 30, he was making an incredible amount of money working for Merrill Lynch, living in a beautiful home, with a par-3 golf hole in the backyard.

He realized that all he had done up to that point with his expertise was to make rich people richer. Nothing wrong with being rich — but he wanted to get back to his original goal, of helping those who needed financial services the most — like his mom.

He course-corrected, and, in 1998, founded his first fintech startup. Since then, he’s been focused on the underbanked.

Eric’s not actually out to disrupt traditional banking

Believe it or not, Eric says he’s not out to disrupt traditional banking. In his words, he wants to enable them.

For one, he says you don’t have to be disruptive to be innovative. What they are doing at Movo is certainly innovative. But disruptive? Perhaps not.

For another reason, Eric believes in the necessity of regulation. He believes there must be a governed system that ensures a level playing field, while, at the same time, ensures there isn’t so much red tape that it’s difficult for institutions to operate. “We’ve got to find a balance.”

To hear more about Movo:

If you want to hear more about Movo, you can contact Eric directly at eric@movo.cash.